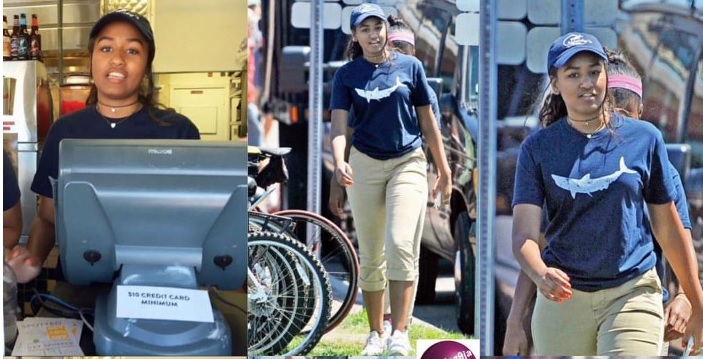 Bredenhann says it is also important for the industry to look beyond the challenges caused by depressed prices and consider other forces that are shaping the industry.

PwC’s ‘Africa Oil & Gas Review, 2016’ suggests that with the ongoing focus on cost reduction in the industry, the demand for innovation in technology will grow.

Furthermore, this can be the ideal time for the industry to consider introducing training programmes to upskill levels and company standards in order to give local players a chance to enter the sector when activity picks up again.

PwC’s ‘Africa oil & gas review, 2016’ analyses what has happened in the last 12 months in the oil & gas industry within the major and emerging African markets.

As at the end of 2015, Africa has a proven natural gas base of 496.7 trillion cubic feet (Tcf), down marginally from 2014, with 90% of the continent’s natural gas production still coming from Nigeria, Libya, Algeria and Egypt.

The top challenges identified by organisations in the oil & gas industry have remained unchanged to those in previous years – uncertainty in regulatory frameworks, corruption/ethics, poor physical infrastructure and a lack of skill resources.

This year, there was also a significant rise in the challenge of meeting taxation requirements, as well as government relations.

Regulatory uncertainty has remained the top challenge facing oil & gas businesses in Africa for the third year in a row, with 70% of organisations citing it as one of the five biggest issues they experience.

For the first time since PwC’s series of annual reviews began in 2010, ‘government relations’ has hit the top six challenges.

Around the continent, many organisations have experienced difficulty obtaining government sanction for new projects. This is proving to be extremely difficult in new hydrocarbon provinces, such as Mozambique, because governments do not fully comprehend the intricacies and scale of oil & gas projects.

As a result, organisations are beginning to ally themselves with government in order to ensure that they are a strategic and supportive partner.

With little control over the price, businesses have focused on improving efficiency and driving down costs.

Regulatory compliance, at number two, remains a significant challenge for organisations this year. Foreign currency volatility is also rated a likely factor (number three) to impact business over the next three years. This year there have been large currency fluctuations – with the fallout from the Brexit vote precipitating some of the largest so far.

Asset management and optimisation remains a key strategic focus area for companies. “Fortunately, the industry remains optimistic, and many upstream players are focusing on exploration and finding new resources over the next three years, most likely in anticipation for an upturn in the oil price,” adds Bredenhann.

Although there has been some recovery in the pricing environment, investor confidence remains low as a significant recovery does not seem to be on the horizon, and oil market fundamentals are still down.

The low oil price has led operators to defer FIDs (final investment decisions) on over US$300bn of projects. Globally, mergers & acquisitions (M&A) activity has also dipped and it is expected that this trend will trend continue.

Under the current economic climate, oil & gas companies are looking to invest in a number of key areas in order to boost growth over the next three to five years. Improved efficiencies ranked highest, followed by local content and skills development, and infrastructure improvements.

“The oil and gas industry is faced with a higher entry barrier because technology and jobs tend to be more complex, highly specialised and costly,” explains Bredenhann.

The sustainability of the industry will also be affected by a number of drivers. These include the price of oil, impact of renewable and alternative energy sources, emergence of new competitors, environmental consequences of the industry, legislative frameworks and government takes.

Basic as well as technological infrastructure is essential for the oil & gas industry to thrive. Twenty percent of organisations think that inadequacy of basic infrastructure will have a significant impact on their business over the next three years – with 73% expecting it to have an unchanged impact or no impact.

Similarly, 20% of respondents expect technology to have a significant impact on their business over the next three years, but only 3.43% rated technology infrastructure as a top strategic focus area over the same period.

It is positive to note that over half of respondents expect acreage and license costs to either decrease or decrease substantially.

Adds Bredenhann: “This is likely due to the decreased oil price, ultimately devaluing acreage/licences.”

An uncertain regulatory framework is one of the main issues that organisations in the oil & gas industry are grappling with.

In South Africa, there have been commitments to address concerns since 2015, and the intention of Government to separate regulations for oil & gas from the mining industry was communicated. However, the Minerals and Petroleum Resources Development Act (MPRDA) has not yet been changed and approved to reflect such modifications. In Tanzania, the regulatory environment remains uncertain despite the promulgation of the Petroleum Act in 2015. Furthermore, in Nigeria, the Government has failed to pass the Petroleum Industry Bill into law.

The digital revolution and technological breakthroughs are disrupting businesses. PwC’s global research shows that oil & gas companies are slower than other industries to respond to using new technologies, particularly digital. We believe that there are a number of trends that will ultimately transform the oil & gas industry.

These include: the Internet of things, building alliances, simplification and standardisation, solution-based buying, and knowledge transfer from international oil companies to oilfield services companies.

“The complexities and challenges facing Africa’s oil & gas industry have become daunting. As uncertain regulatory frameworks, taxation requirements and corruption continue to rank at the top of industry’s challenges in Africa, it also high time that governments make significant changes.”

“Change is the way to survive in the ‘new energy future’. We need to see new business models, new products, new energy sources and new strategies to meet the new reality,” concludes Bredenhann.