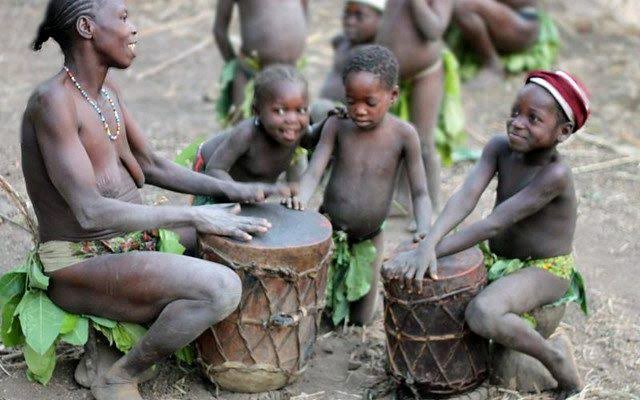 In a beautiful mountain terrain, lives a tribe untouched, untarnished by civilisation and its hassles.

The world is moving on, fast-paced into the 4th revolution, a world of robots, high-end technology, evolving traditions and cultures, and environmental changes, yet this group of people remain unbothered by the world evolving around them.

The Koma people of Adamawa State in Northern Nigeria still live in ancient times. As civilised as the country seems, the Koma people still practice the killing of twin babies; in fact, these babies are buried alongside the mother without a rethink.

Primitive, it may seem, but these people still believe that twin births are evil and unacceptable. According to these people, Koma means ‘to go back, making it seem like the name has a stake in their way of life.

Located in the Atlantika Mountains of Adamawa State in Northern Nigeria, the Koma people also shares a border with Southern Cameroun.

The Koma people became recognised as Nigerians in 1961, a year after Nigeria got its Independence.

Today Koma is part of the seven districts of Ganye Local Government in Adamawa State.
The Koma hill was discovered in 1986 by a corps member. They have their language, Koma, with an estimated 61,000 speakers.

One unique thing about this tribe is that they are made of entirely committed people to their traditional culture.

To date, they still dress like their forefathers. The men are seen wearing loincloths while the women wear fresh leaves tied around their waists, and they still live in the caves.

Some of their men adorn contemporary clothes, but the women stick to nudity and leaf wear. They firmly believe that if women wear modern clothes, they will incur the wrath of the gods with a visitation of either death or barrenness.

They stick to these rules to the extent that when government authorities made it mandatory in some markets for people to put on clothes, the women would put clothes wrappers over the leaves only in the market and remove them on their way back to the hills.

The Koma people, according to findings, have respect for their chiefs, elders and government agents but would never trade their beliefs, culture and tradition for anything, not even money. They are cut off from the rest of the Nigerian societies in terms of modern civilisation.

As earlier stated, untarnished is their traditions and customs; in Koma hill, inheritance is in the maternal lineage, including child inheritance.

Interestingly, in this age and time, a Koma Man shares his wife with friends, especially visitors, because, according to them, it is a sign or mark of acceptance and friendship.
Most of their occupation is rearing animals, as you could see them co-habit with animals, sharing food and drinking water sources.

Anthropologists and Human Right Activists believe that responsible tourism can help preserve the Koma culture, ease their daily lives and help to eliminate the brutal ones like the burying of twins with the mother.

They are now getting involved so that the Alantika Mountains and Faro valley do not suffer the harmful effects of massive tourism like it has happened in other tribal regions of the world.

Koma hills have become a centre of attraction for soul winners as evangelical churches within and outside Nigeria now scramble for the souls of these people to win them and introduce them to serving God.

These Missionaries are behind the little development in the area. They built faith-based schools, sunk boreholes for the people and supplied clothing for them, all in a bid to draw them closer and catch them for God.

Muslim organisations are not left out in the soul-winning strategies, as Islamic organisations have their camps in Koma where they work hard to convert as many as possible.

In this 21st century, where Nigerians now have a feel of what infrastructure looks like, even though they are not benefitting maximumly, in the Koma Community, there is no single functional infrastructure provided by the state government in the community except for a few offered by the missionaries and Non-Governmental Organisations.

In the entire community, there is no decent eatery, no pharmaceutical shops or dispensary, except for a provision shop that functions when people come to visit.

These people still use the ancient natural cooling system, where a pot of water is half-buried in the ground to provide a cooling effect.

With over 30 settlements, the Koma people live with no electricity, and no safe drinking water, just as the roads linking the villages are mere bush paths that are not motorable.
Ironically, most Koma people are not concerned about the absence of these basic amenities as they have their natural ways of solving their problems.

The government should take advantage of the rich agricultural potential to encourage people to explore the suspected mineral deposits in the Koma mountains.

The beautiful mountainous terrain is another potential tourist attraction that the government could explore to its advantage. However, it must improve the condition of roads in the area to enable visitors to come in.