Home African of the Week “To minimize or reduce corruption simply means maximizing pressure on the corrupt”... 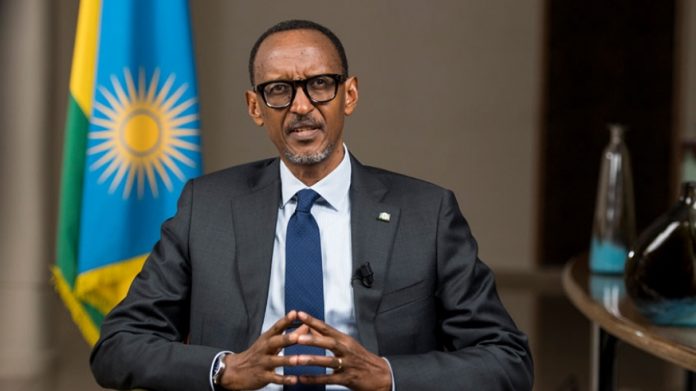 In a recent interview with His Excellency, President Paul Kagame, which touched on various issues, including the frequent calls for political renewal within Rwanda, President Kagame responds to critics of human rights, saying that their accusations are motivated by historical guilt.

While many may think his approach is questionable, Rwanda remains at the forefront of technological innovations in Africa, leaning heavily into its digital head start in the economic reset post-pandemic.

Also, amid the pandemic, President Kagame continues to fight against one of Africa’s greatest developmental enemies – corruption.

Rwandan public officials convicted of corruption risk facing hefty fines and auctioning of their property if convicted as the country steps up the fight against the vice in the face of dwindling domestic revenues which have come under enormous pressure during the coronavirus pandemic.

Earlier this month, transparency international in a publication stated that corruption in African countries is hindering economic, political, and social development. This seems to be the case in many African countries.

African leaders must take the reins and champion the fight against corruption in Africa, as it remains a major barrier to economic growth, good governance, and basic freedoms, such as freedom of speech or citizens’ right to hold governments to account.

In his words, President Kagame stated that “To minimize or reduce corruption like in our case (Rwanda)… simply means maximizing pressure on the corrupt. What is happening now is exactly in that direction”.

This week, Rwandan prosecutors also announced that they are considering seeking the freezing of bank accounts and properties of officials being investigated for corruption. After it emerged, some have devised tricks and networks, to conceal or move their assets away from under the radar of investigators.

“We have always talked about not entertaining corruption as our way of life. That has always been at the centre of the politics that I have associated with and others in this country, and I think there is respect for that,” said President Kagame, underscoring Rwanda’s zero-tolerance to corruption stance.

“For me, the most important thing to do is to do things properly. Follow due process and fairness, listen to the person who is accused to ensure they are aware that the case is real. Therefore, accountability is necessary,”

Kofi Anan, during the 20th Anniversary of Transparency International’s in 2013, said, “If corruption is a disease, transparency is a central part of its treatment.”

This week, we celebrate His Excellency, President Paul Kagame, as our African of the Week for taking the high road towards transparency.