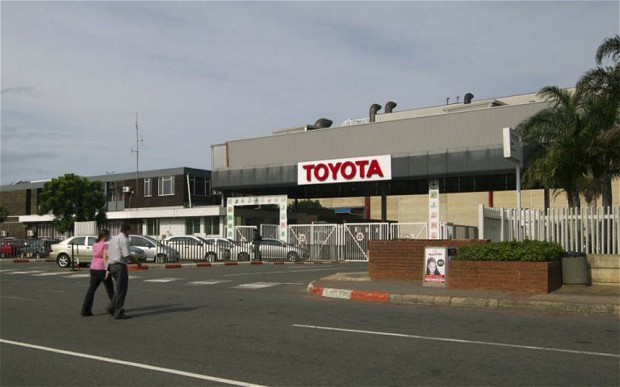 Japanese automaker Toyota has invested 6.1 billion rand ($390 million) to expand the production of its Hilux and Fortuner models in South Africa, its country CEO recently said.

Toyota South Africa said it aims to increase output at the plant, which expects to hit full production in June, by 20,000 units a year and boost exports. The firm says it already exports to 74 countries, mainly in Africa and Western Europe.

“It also improves our competitive levels so that we can try and strengthen our export base,” CEO Andrew Kirby said.

South Africa’s car industry has drawn investments of over 25 billion rand in the past five years, the government says.

Kirby said the automotive manufacturing sector faced labour unrest and exchange rate fluctuations and could therefore not rely solely on the domestic market for sales.

“For manufacturers in South Africa we need to have a balance between domestic and export volumes,” said Kirby.

The sector, which includes Toyota, Ford and General Motors, came to a near standstill for over four weeks after around 30,000 workers belonging to the National Union of Metalworker’s of South Africa went on strike in 2013, demanding a pay hike.