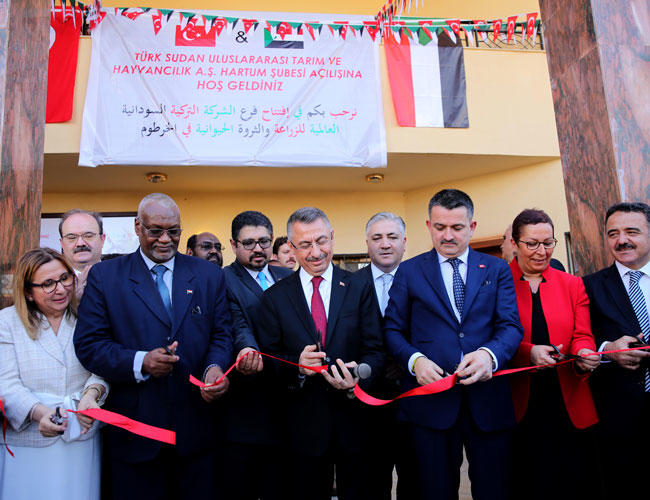 Turkey’s General Directorate of Agricultural Enterprises (TİGEM) capitalized 80 percent of the joint-venture, while the Sudanese side capitalized 20 percent.

The decision to found the company was made under a Turkish-Sudanese agricultural pact signed in 2014.

The bilateral pact aims to rationalize the use of resources and agricultural potential and contribute to sustainable food objectives.

Under the agreement, around 780,000 hectares in Sudan across five regions were earmarked for investment by Turkish entrepreneurs for 99 years.

The new office will commence works to set a pilot farm in 12,500 hectares field, Pakdemirli said.

He noted that Sudanese and Turkish sides will start investments together.

“Infrastructure needs in there would be met. While doing model agricultural production in a small part of the pilot land, we will open the rest to private sector,” Pakdemirli said.

He stated that the project is based on a win-win principle and added that agricultural products in Sudan can be exported to other countries along with Turkey.

Pakdemirli underlined that the project also aims to guarantee food supply by meeting agricultural products need which cannot be produced in Turkey due to climatic reasons.

“Products will come with zero custom fees. The project will contribute to the development of the agricultural sector in Sudan and its welfare,” he said.