A pledge by South Sudan’s government to allow the deployment of more U.N. peacekeepers and to improve access for U.N. troops already on the ground in a bid to avoid an arms embargo is yet to translate into action, U.N. chief Ban Ki-moon said on Monday.

President Salva Kiir agreed during a U.N. Security Council visit to South Sudan last month to accept 4,000 extra peacekeepers and to allow some 12,000 peacekeepers already on the ground to move around freely in order to protect civilians.

In an August resolution – after heavy fighting in July in the capital, Juba – the 15-member council had threatened to consider a possible arms embargo within five days of a report by Ban that Kiir’s government was not fulfilling both measures.

In a letter to the council on Monday, seen by Reuters, Ban said “while the public commitments and relative improvements … are a welcome sign, it will take some time to evaluate whether these commitments translate into improved freedom of movement on the ground or amount to business as usual.”

It was not immediately clear if Ban’s letter would trigger a consideration by the council of an arms embargo on South Sudan.

Political rivalry between Kiir, an ethnic Dinka, and his former deputy Riek Machar, a Nuer, sparked a civil war in 2013 that has often followed ethnic lines. The pair signed a shaky peace deal a year ago, but fighting has continued and Machar fled the country after the July violence. He is now in Khartoum.

Ban said that, while the deployment of more peacekeepers and the improvement of access for U.N. troops and aid workers already on the ground “would help alleviate some of the suffering of the people of South Sudan, they will not resolve the conflict.”

He said the war was “a direct result of serious shortcomings in governance and the instrumentalization of ethnicity to further political objectives” and expressed concern about a recent call to arms by Machar.

Ban said Ethiopia, Kenya and Rwanda had agreed to provide peacekeepers for the 4,000-strong regional protection force, charged with enforcing peace in Juba and protecting the airport and other key facilities, but that the South Sudanese government had not yet given its approval.

Ban said a note verbale had been sent to the South Sudanese mission to the United Nations in New York, naming the troop-contributing countries and stating that, if a response was not received from Kiir’s government by Sept. 26, the United Nations would begin preparing the deployment.

However, the South Sudanese government said it never received the note verbale from its mission and that “the lack of a response could therefore not be considered as consenting to the deployment of the aforementioned troops.” 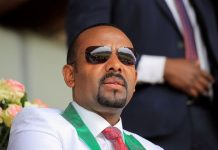