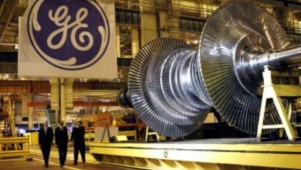 General Electric booked $2.5 billion of orders from sub-Saharan Africa in the past 11 months, including oil and gas equipment for Eni SpA in Ghana and locomotives for Angola.

The orders will be delivered “over the next two years,” Jay Ireland, CEO for GE Africa, said Friday in an interview in Kenya’s capital, Nairobi.

Orders from the 25 countries where GE operates on the continent range from items for transportation to oil and gas, power generation, health care and aviation, he said.

GE expects to seek financing for projects worth at least $1.5 billion in Africa each year as it expands its footprint in a region increasing investment in infrastructure development, and exploitation of its natural resources, Ireland said.

The announcement coincides with U.S. President Barack Obama’s visit to Kenya, where he addressed the Global Entrepreneurship Summit in Nairobi earlier on Saturday.

GE will “soon” announce new assembly facilities to be established on the continent in addition to those already in Nigeria, Angola, and South Africa, Ireland said.

Eni, whose offshore Ghanaian project is scheduled to deliver first oil by 2017, placed an order worth $850 million for equipment including three gas turbines for power generation and four centrifugal compressors, he said. GE will start delivering the equipment later this year.

Angola, which is planning a transportation hub, placed an order with GE to supply Angola National Railways, or INCFA, with 100 locomotives.

The southern African country plans to use the railroad to diversify its economy from oil into industries including mining, agriculture and energy, according to GE.

The company plans to supply 60 wind turbine generator units to a power project in Kajiado county, central Kenya. The total cost of the project that includes a service agreement for 15 years is about $155 million, according to GE.

The company is supplying 98 Kenyan hospitals with radiology infrastructure and has started an institute to train domestic health workers in use of the equipment.

GE, which has its Africa office in Nairobi, may double its workforce by end of this year as it seeks to expand its footprint on the continent. The company plans to open a regional office in Abidjan, Ivory Coast, to cover Francophone Africa, according to Ireland.

“The potential in Africa is huge,” Ireland said.