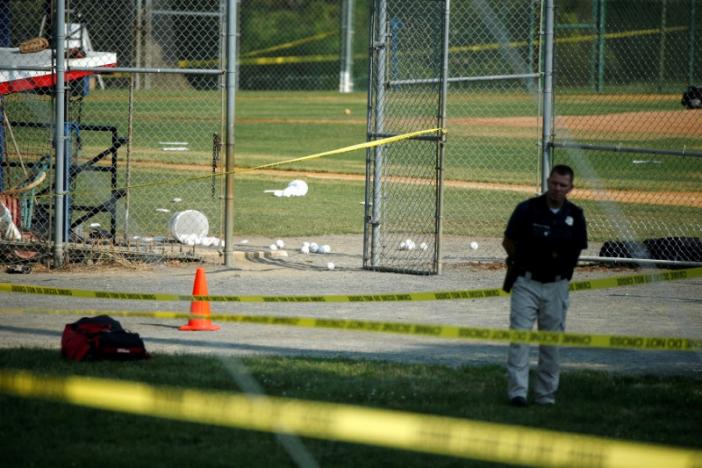 Congressman Steve Scalise is in critical condition following an attack on him and three others on Wednesday night while they were practising for a charity baseball game.

Scalise who was shot in the left hip, sustained broken bones, injuries to internal organs. He has undergone surgery but requires further surgery said the MedStar Washington Hospital Center.

“Rep. Steve Scalise, one of the truly great people, is in very tough shape – but he is a real fighter. Pray for Steve!” Trump said on Twitter after visiting the hospital on Wednesday night

The gunman, identified by police as 66-year-old James Hodgkinson from the St. Louis suburb of Belleville, Illinois, fired repeatedly at the men playing on the baseball field on Wednesday morning.

“When he started shooting, he was shooting to kill people. And thank God he wasn’t a very good shot,” said Representative Joe Barton, the Republican team’s manager.

The congressional aide, one former aide, and a Capitol Hill officer who were also wounded have been released from the hospital, Police said.

“It was not only chaotic but it was a combat situation,” Alexandria Police Chief Mike Brown told reporters.