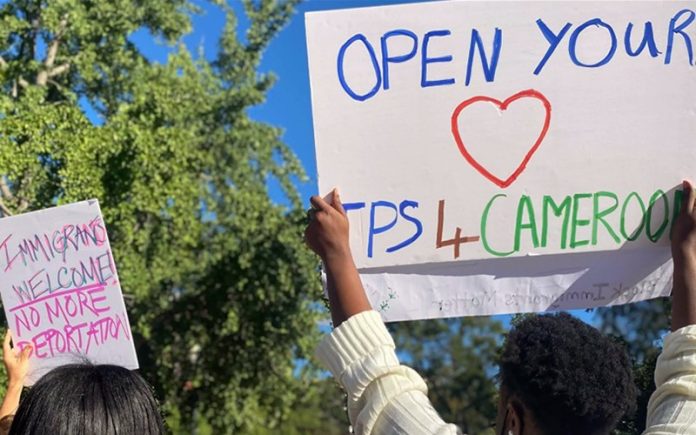 Due to the ongoing war in Cameroon between government forces and armed separatists, the Biden administration would offer temporary deportation relief and work permits to Cameroonians living in the United States, according to the US Department of Homeland Security (DHS).

According to the Department of Homeland Security, the decision to grant a deportation relief will apply to Cameroonians living in the United States by April 14 and will last for 18 months.

According to the department, approximately 12,000 Cameroonians will be eligible for the status.

President Joe Biden has championed the Temporary Protected Status (TPS) program, which allows immigrants who cannot return to their home countries due to unusual circumstances such as armed war or natural disasters to remain in the United States and work.

In a statement announcing the measure, Homeland Security Secretary Alejandro Mayorkas noted the conflict and increased attacks in Cameroon by the insurgent group, Boko Haram.

Over the last year, violence against the military forces in Cameroon’s western regions has increased as Anglophone rebels fighting the French-speaking government have increased their use of explosive devices.

Between 2019 and 2021, according to a Human Rights Watch report released in February, Cameroonian authorities subjected scores of asylum applicants deported by the US to human rights breaches, including arbitrary arrest and torture.

Biden, a Democrat, has significantly increased TPS membership, which his Republican predecessor, then-President Donald Trump, had mostly tried to reduce.