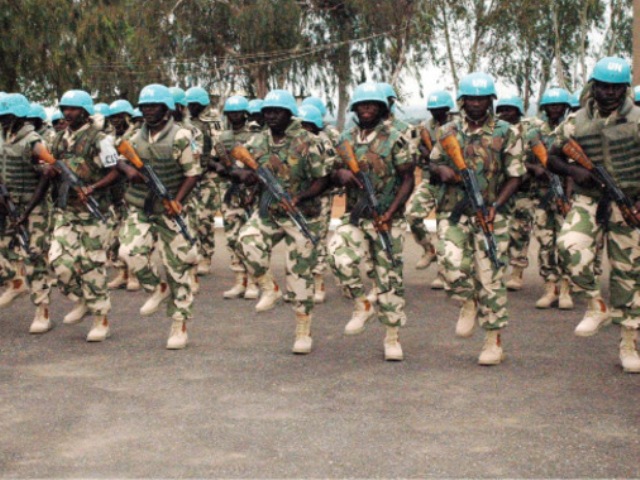 African forces has recently began a U.S.-led counter-terrorism training programme in Senegal amid what a U.S. commander said were rising signs of collaboration between Islamist militant groups across North Africa and the Sahel.
The annual “Flintlock” exercises started only weeks after an attack in Burkina Faso’s capital Ouagadougou left 30 people dead. The assault on a hotel used by foreigners raised concerns that militants were expanding from a stronghold in north Mali towards stable, Western allies like Senegal.
Al Qaeda (AQIM) fighters claimed responsibility for the attack, one of increasingly bold regional strikes in the Sahel, a poor, arid zone between the Sahara Desert and Sudanian Savanna that is home to a number of roving militant groups.
U.S. Commander for Special Operations Command Africa Brigadier General Donald Bolduc told reporters on Monday that increased collaboration between militant groups meant they have been able to strengthen and strike harder in the region.
“We have watched that collaboration manifest itself with ISIS becoming more effective in North Africa, Boko Haram becoming more deadly in the Lake Chad Basin (and) AQIM adopting asymmetrical attacks … against urban infrastructure,” he said. ISIS, or ISIL, is used for the militant group Islamic State.
Bolduc said that cooperation had increased as Islamic State exploited a power vacuum in Libya to expand its self-declared caliphate, which takes up large areas in Syria and Iraq.
“We know in Libya that they (AQIM and ISIS) are working more closely together. It’s more than just influence, they (AQIM) are really taking direction from them,” he said.
Not all security experts agree that there are emerging alliances between Islamist militant groups. Some argue that competition between groups has led to more attacks.
This year’s programme, which opened on a dusty airstrip in Senegal’s central city of Thies, involves around 1,700 mostly African special operation forces. Western partners including France and Germany are among more than 30 countries participating.
Nathan Broshear, spokesman for U.S. Special Operations Command Africa, said the exercises were called Flintlock, after a type of firearm, to symbolize readiness for any threat.
Bolduc stressed the importance of regional cooperation and intelligence-sharing and said the United States would help Chad, Niger, Nigeria and Cameroon set up a joint intelligence centre by the middle of next year.
The United States already supports a regional task force against the Nigeria-based group Boko Haram.
The Ouagadougou attack and a hotel attack in Mali’s capital in November led to a greater emphasis on preparing for urban attacks this year through training to increase cooperation between military forces and police.
At the request of African partners, the exercises will also include anti-Improvised Explosive Devices (IED) training.
The programme, an annual event since 2005, will run from February 8 through 29. Some exercises will also be held in Mauritania.