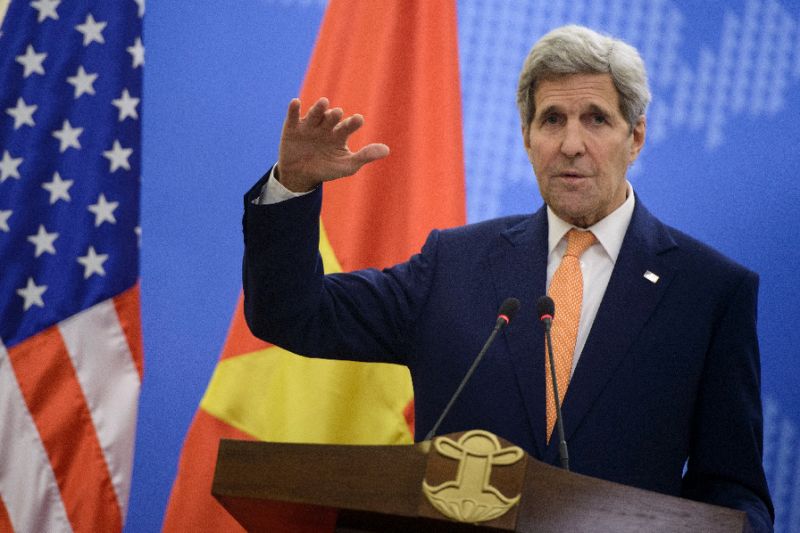 U.S. Secretary of State John Kerry on Wednesday launched Vietnam’s first privately funded university in what he said marked the next stage of an evolving relationship between the United States and Vietnam.

The Harvard-affiliated Fulbright University in Ho Chi Minh City, the country’s commercial center, will be the first independent, non-profit university in Vietnam, the White House said in a statement.

The launch comes at the end of a three-day visit to Vietnam by U.S. President Barack Obama, part of his administration’s “pivot” to Asia that emphasizes the importance of the fast-growing region to the United States.

“The war is an indelible but increasingly distant memory, and for most it is not a memory at all,” said Kerry, who served as a young U.S. naval offer in the Vietnam War, which killed hundreds of thousands of Vietnamese and 58,000 U.S. troops.

“Certainly, the students who are going to enroll in this university are far more interested in plugging into the world economy than being stuck in the past.”

“That reality is clearly reflected in the changing relationship between Vietnam and the United States that we saw even changing over the course of the three-and-a-half days,” he added.

The university will be chaired by Bob Kerrey, a former Nebraska senator and veteran of the Vietnam War who lost his leg during combat.

Obama is the third U.S. president to visit Vietnam since the former enemies restored diplomatic relations in 1995.