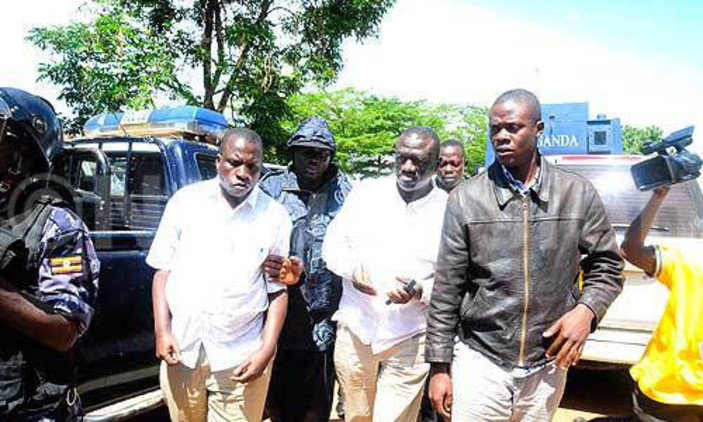 Yesterday, Dr Kizza Besigye, a former presidential candidate and fierce critic of President Museveni was re-arrested together with Forum for Democratic Change party Secretary for Mobilisation, Ms Ingrid Turinawe, Patrick Amuriat, a candidate for the party presidency.
The arresting officers dragged the three them off through Kasensero Road to an unknown destination. Riot police fired teargas to disperse a group of people who camped at the court’s premise when they secured bail.

There was heavy deployment on all routes leading to Rukungiri town.

Dr Besigye, Ms Turinawe, Mr Patrick Amuriat, and Rukungiri District Councillor Innocent Tashobya were arrested in Rukungiri on October 19 as they headed for the neighbouring Kabale District to address a rally.

They were charged with two counts of inciting violence, malicious damage to property and disobedience of statutory duty. They pleaded not guilty. The case has been adjourned to November 16, 2017, for mention and setting of trial dates.