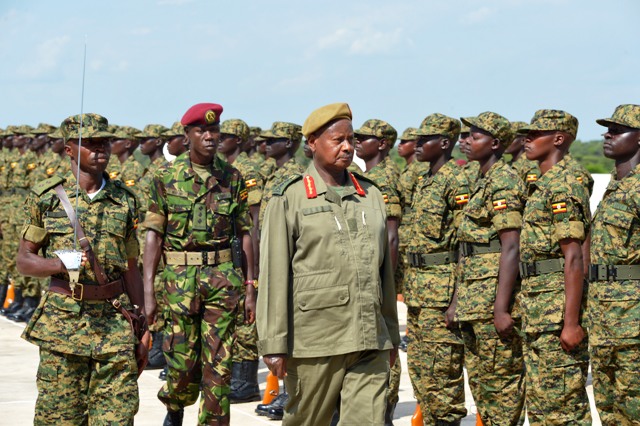 President Museveni has told United States officials that Uganda is ready to deploy 5,000 additional troops to strengthen the military operations of the African Union Mission in Somalia against the deadly al-Shabaab insurgents.

In a meeting with the acting US assistant secretary of state for African affairs, the president said Uganda would only send more troops to Somalia if the international community commits to regular funding and donates equipment, force enablers and multipliers such as attack helicopters.

Uganda, with more than 6,000 troops in Somalia, is the largest contributor to the 10-year-old AU-led mission. The operation has lately been threatened by reduced funding, non-payment and declining morale of the combat soldiers and defections to al-Shabaab of Somali troops, already too weak to hold liberated territories.