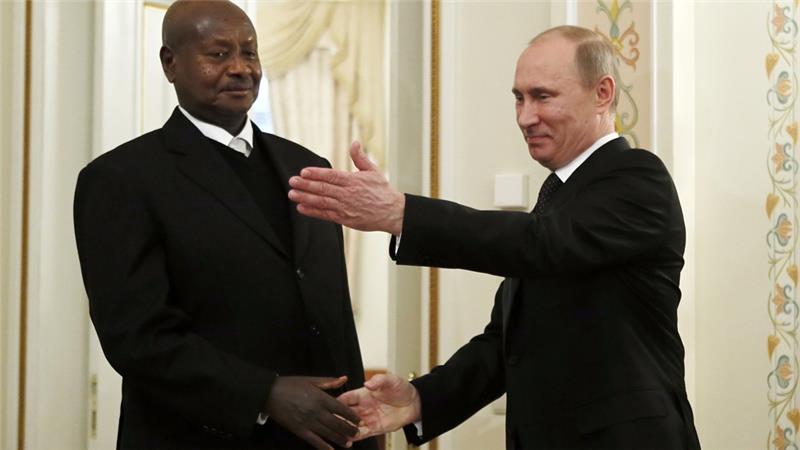 The co-operation with between the two countries will see Uganda gain expertise and technology from Russia. Promoting the co-operation between Russia and Uganda in nuclear power became one of the central issues at the meeting held in Kampala.

According to the Uganda’s National Development Blueprint ; Vision 2040, the country intends to use its uranium reserves to generate electricity using nuclear power stations. Specialists have noted that by 2035 Uganda will need the generating capacity totaling up to 40 GW which can only be achieved through nuclear power.

In light of this, the Government of Uganda has started preparations to build the country’s first Nucler Power Plant by 2034.

President Yoweri Museveni  together with officials from the Ministry of Energy and Mineral Development met with the members of the Russian delegation from Rosatom State Atomic Energy Corporation which was represented by Viktor Polikarpov Rosatom’s Regional Vice-President of Sub-Saharan Africa.

During the meeting, President Museveni supported the development of nuclear power in the near future and emphasized the importance of professional training of local staff in this sphere. Possible areas of cooperation determined include nuclear infrastructure development, staff training, public acceptance, nuclear medicine, agriculture.

At the meeting both parties confirmed a willingness to start cooperation in the peaceful use of nuclear power and to sign the Framework Memorandum of Understanding between Rosatom State Atomic Energy Corporation and the Ministry of Energy and Mineral Development of Uganda.

In 2002, the Parliament of Uganda approved the principles and areas of the peaceful use of nuclear power and in 2008 passed the Atomic Energy Act establishing the Atomic Energy Council, the national regulator, and the Nuclear Energy Unit forming part of the Ministry of Energy.

Rosatom actively interacts with a number of African countries which have shown interest in nuclear power, including Ghana, Nigeria, Egypt, Tunisia, Morocco, Algeria and Kenya.