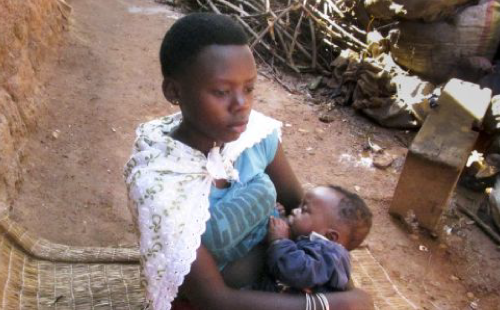 A first-year student of the Makerere University Uganda, Esther Nakajjigo, has recently launched the ‘saving innocence challenge 2016’ in order to contribute to national efforts to reduce teenage pregnancy rates from the current 25 per cent to 13 per cent.

This challenge which was launched at the Ministry of Health headquarters has three girls each from six Ugandan schools who will live with a family that has a child-mother in Gomba district and will have three days to change the life of that child-mother. Gomba was selected because it is the district with the highest number of teenage pregnancies in Central region.

“The challenge will be a reality television series where we seek to identify the most creative team of young girls with a practical approach to improve the life of a child-mother,” Nakajjigo said.

She added that the public will vote for the best team and in September this year, a panel of judges will announce the winning school to be awarded with a trophy to end teenage pregnancy in Uganda.

Felician Kazahura, Namagunga’s head girl and one of the participants, described teenage pregnancy as a very touchy subject with need for practical solutions.

Another participant, Gertrude Namukwana from Buddo SS, said she is excited to learn about survival in this rural part of Uganda. She hopes the young mothers will open up to her team so that together, they can forge workable solutions.

The ‘saving innocence challenge 2016’ was borne from the ‘pregnant @16’ campaign launched in 2015 with the aim of reducing teenage pregnancies in Uganda by half.