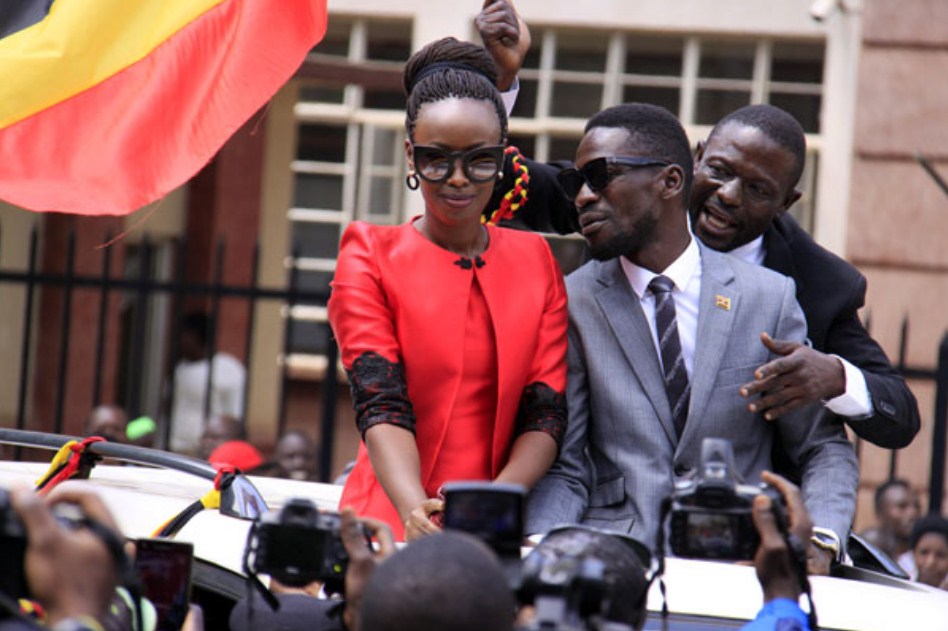 Uganda recently elected one of its popular musicians as a member of parliament. Bobi Wine whose real name is Mr. Robert Kyagulanyi Ssentamu was sworn in yesterday as a Mp to Kyaddondo East camp.

He has always been a man for the people, even as a musician his songs were directed to heal the soul of the people. he counts this as a great opportunity to serve his people for the best. at the swearing-in ceremony, the people couldn’t hold back their joy as the witnessed him been sworn in.

He was accompanied by his wife, brother and a huge crowd of fans from his home to the Kasangati Saza grounds for the swearing-in ceremony and thanksgiving.

Afterwards, he gracefully trekked to the parliament with his fans for the welcoming procedures which took place at 2 pm on Tuesday, July 2017.

Mr. kadaga the speaker offered him the parliament members’ book for his signature and handed him the constitution of Uganda. he also received the instrument of office and Rules of Procedure of Parliament. he shooked hands with other MPs and was welcomed into the office.