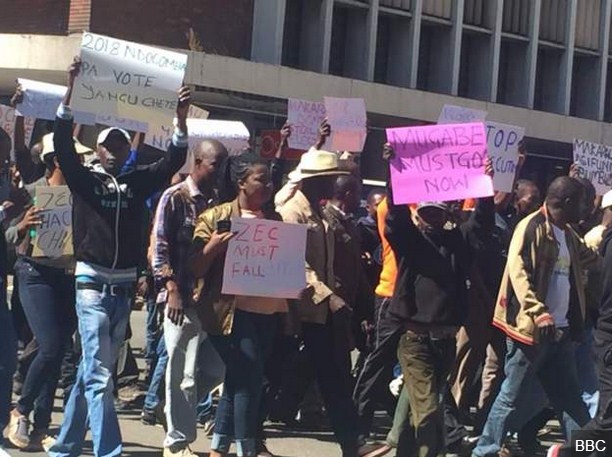 The otherwise peaceful protest was brought about by the opposition party’s believe that the electoral commission plans to rig next year’s polls in favor of President Robert Mugabe and keep the current ruling party in power.

The MDC demands a reform for the re-composition of the electoral commission as well as a transparent voter registration ahead of next year’s elections.