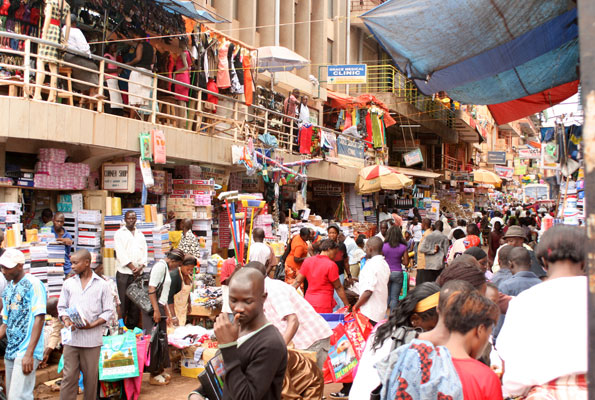 “That is a concern” was a phrase repeatedly said by the chief executive officer of Stanbic Bank at an investor briefing in reference to the current status of Uganda’s fragile economy.
At the briefing Patrick Mweheire delivered what was mostly considered bad news for the economy, especially for the banking sector.

“Banking in this kind of environment is going to be hard,” he said highlighting a sudden rise in lending rates, inflationary pressures, a volatile Shilling, rising interest on government debt, widening government expenditure and the elephant in the room, the 2016 elections.

Even with Bank of Uganda playing down any similar spike in money supply during the election season in the run-up to the February 2016 elections, there are signals that the economy is facing “headwinds” due to these fears.

When a top bank, which can fairly navigate these risks, admits such challenges, then it points to a gloomy outlook for the economy.

Living with the shocks
Mweheire pointed to how lending to the private sector had been on the rise in 2010 and 2011 before all hell breaking loose.
“High profitability in 2012 was followed by an increase in none-performing loans, which persisted through to late 2014. Most banks had started recovering from those shocks but they seem to be sliding back just like in 2011,” Mweheire told the briefing.

The Shilling has since the beginning of the year lost by more than 30 per cent of its value against the dollar, according to Bank of Uganda.

Although the strength of the dollar has been largely attributed to a stronger US economy the Ugandan Shilling seems to have suffered most in East Africa.

In Kenya the country’s unit has lost by about 15 per cent compared to Tanzania’s which has lost by about 27 per cent.
This is bound to worsen with Uganda continuing to take on big-ticket infrastructure projects that will lead to increased demand for the already scarce and expensive dollar.

This sort of depreciation was last seen in 2011; however, the record has been broken this year, and according to Mweheire, “the depreciation is not about to stop”.

Unlike in 2011 where BoU arrived late to slow the appetite for loans, this time, the Central Bank quickly acted even when inflation was below 5 per cent.

The Central Bank Rate has been raised three times this year to hit a three-year high of 16 per cent.

Clutched inside, Mutebile and group at BoU have decided to tighten in order to try and prop-up the Shilling, driving commercial bank interest rates to an average of 25 per cent.
Crane Bank reacted with the highest rate raising its lending rates to 27 per cent.

These were levels last seen in 2011 and 2012 – the period before and after the elections.
Stanbic Bank, which is one of the three largest banks in Uganda had a flat performance during its half year results with profit after tax growing by just 0.1 per cent to Shs68.4b.

“Profit before tax remained flat year-on-year mainly due to a slowdown in investments in the run up to 2016,” according to Victor Yeboah, the Stanbic Bank chief financial officer.

Playing it safe
Borrowers will be taking the heat on increased lending rates and could end up defaulting on their loans.
The rate at which banks lend to each other has surged from just above 12 per cent in 2014 peaking at 26 per cent.

In fact, in the first half of 2015, Stanbic lent other banks Shs599b up from Shs306b during the same period in 2014.
However, Mweheire says in the interim, “we are going to tighten our credit policy to avoid deterioration of our asset quality in the face of high-interest rates”, noting a reduction in private sector borrowing due to rising interest rates.

Stanbic investors, according to the brief, have a “general fear of committing to long-term financing” because of the uncertainty over high-interest rates.

The above sentiments are shared by other commercial banks at the bottom of the tier such as NC Bank, which has already indicated it will be lending out money with great caution.
NC Bank’s cautionary approach, according to John Okulo, the bank’s managing director, is informed by the fear that customers will default as a result of high-interest rates.

In the last one year, banks have been on a drive to encourage borrowing due to relatively low interest rates, however this is changing.

In order to lend, banks need cheap deposits, but deposits have come in low growing flat in first half of 2015, with “…banks taking to deposit campaigns to attract fixed deposits at rates as high as 19 per cent,” reads the Stanbic brief. The above highlights the high cost of money, eventually feeding into lending rates.

Notably, there has been a surge in dollar deposits by nearly 26 per cent to Shs6 trillion, up from Shs4.8 trillion in 2014. The current economic trends will not be helped given that they “…have occurred ahead of an election – 2016. “The twin deficit on the current and fiscal accounts is expected to keep the bias towards a weaker Shilling for the rest of 2015 and into 2016,” the investor brief note says.

The political uncertainty ahead of the 2016 elections, according to Mweheire, will exacerbate the near-term downward pressure on the Shilling with the bank’s economists projecting the Shilling to touch well above Shs3,600 by end of 2015. 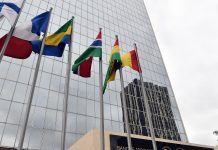 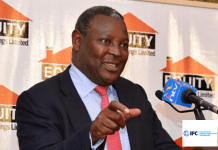 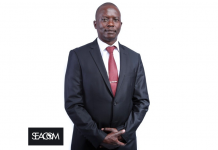