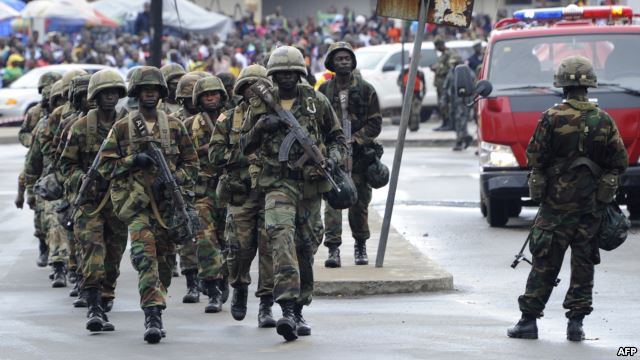 The Deputy Special Representative of the Secretary General for the United Nations Mission in Liberia, also known as UNMIL, says the mission has done a good job in bringing security to the West African nation after a period of unrest and now it is time for Liberia to be responsible for its own security.

In 2003, the U.N. Security Council passed resolution 1509 to have UNMIL, among other responsibilities, protect civilians, offer help to the people of Liberia, and assist the Liberian government in developing and implementing national security reform.

The mandate ended on June 30 this year, and UNMIL officially handed over security responsibilities to Liberia.

Deputy Special Representative Waldemar Vrey said while UNMIL will no longer have security responsibility, it will maintain a presence in Liberia to support the Liberian government.

“I really think we have accomplished a lot in Liberia. Things were really not great when we got here in 2003, and I think, together with the regional bodies, particularly ECOWAS, we have worked very hard to return stability to Liberia, and this is 100 percent being achieved,” said Vrey.

Vrey credits the support of international partners, including the Economic Community of West States (ECOWAS), the United States and Liberians for the success of UNMIL’s mission.

Vrey said he expects the U.N. Security Council to make a decision by December this year on the future of the U.N. presence in Liberia.

A group of Liberian women have been praying openly and almost daily in an open field not too far from President Ellen Johnson Sirleaf’s residence for UNMIL not to leave Liberia, at least not until after the 2017 presidential election because they fear Liberian security forces may not be ready to take on responsibility for the entire country.

Vrey said UNMIL has done its job in building capacity.  Now it is up to Liberian security and the citizens to build confidence and trust.

“The security institutions capacity has been built; we have seen a large number of them being deployed into the counties. This is now a confidence and a relationship that needs to develop between the communities, which will take a bit of time before the population has full confidence in their institutions,” Vrey said.

Vrey also confirmed UNMIL has received a letter from a group of political parties also calling on UNMIL to stay in Liberia until after the 2017 election.

“There has been a petition that we have received and we have reported this to the Secretary General and to the U.N. Security Council. But I think everything will be considered when we have the review team that comes in the second half of this year. We are expecting them around September, and that is when assessment on the ground will be made for a recommendation to the U.N. Security Council,” Vrey said.

“We are fully prepared, and we have been preparing for the past six years. We have gone through a lot of training and capacity building. We have seized the opportunity with the challenges we have to make sure that our security elements are deployed throughout the country. The military is involved in civil-military operations,” Samukai said.