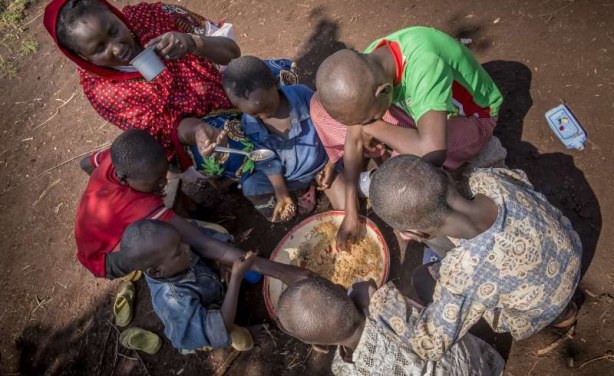 More than 800 million people – or one in every nine on the planet – suffer from hunger, but a new joint UN agency report released today stated that the Millennium Development Goal of halving the proportion of undernourished people by 2015 is still within reach.

The State of Food Insecurity in the World report released in Rome by the UN Food and Agriculture Organization (FAO), the International Fund for Agricultural Development (IFAD) and the UN World Food Programme (WFP), confirmed a positive trend, which has seen the number of hungry people decline globally by more than 100 million over the last decade and by more than 200 million since 1990-92.

“China alone has reduced the number of undernourished people by 138 million in this period, while the 10 countries that have achieved greatest success in reducing the total number of hungry people in proportion to their national population are: Armenia, Azerbaijan, Brazil, Cuba, Georgia, Ghana, Kuwait, Saint Vincent and Grenadines, Thailand and Venezuela,” FAO said in a press release.

The overall trend in hunger reduction in developing countries means that one of the key Millennium Development Goals (MDGs) of halving the proportion of undernourished people by 2015 is within reach, “if appropriate and immediate efforts are stepped up,” the report said.

To date, 63 developing countries have reached the MDG target, and six more are on track to reach it by 2015, it said.

“This is proof that we can win the war against hunger and should inspire countries to move forward, with the assistance of the international community as needed,” the heads of the three UN food agencies wrote in their foreword to the report.

The report noted how access to food has improved rapidly and significantly in countries that have experienced economic progress, notably in Eastern and South-Eastern Asia.

Access to food has also improved in Southern Asia and Latin America, but mainly in countries with adequate safety nets and other forms of social protection. Despite significant progress overall, several regions and sub-regions lag behind.

‘In Sub-Saharan Africa, more than one in four people remain chronically undernourished, while Asia, the world’s most populous region, is also home to the majority of the hungry – 526 million people,” according to the report.

“Very slow progress was recorded in several African countries, including Botswana, Cote d’Ivoire, Madagascar, Malawi, Namibia, Uganda, Tanzania and Zambia, where the number as well as prevalence of undernourished people in the population increased,” according to the report.

“The same was true of Asian countries such as the Democratic Republic of Korea, Iraq, Tajikistan and Uzbekistan, among others. In Latin America, El Salvador and Guatemala show relatively slow progress, despite the good performance of the region as a whole.”

With the number of undernourished people remaining “unacceptably high”, the agency heads stressed the need to renew the political commitment to tackle hunger and to transform it into concrete actions.

Latin America and the Caribbean have made the greatest overall strides in increasing food security. Meanwhile Oceania has accomplished only a modest improvement. The FAO, IFAD and WFP report specifies that hunger eradication requires establishing an enabling environment and an integrated approach.

This year’s report includes seven case studies – Bolivia, Brazil, Haiti, Indonesia, Madagascar, Malawi and Yemen – that highlight some of the ways countries tackle hunger and how external events may influence capacity to deliver on achieving food security and nutrition objectives.

The findings and recommendations of the report will be discussed by governments, civil society, and private sector representatives at the 13-18 October meeting of the Committee on World Food Security, at FAO headquarters in Rome.

The report will also be a focus of the Second International Conference on Nutrition in Rome from 19-21 November, which FAO is jointly organizing with the World Health Organization. This high-level intergovernmental meeting seeks renewed political commitment to combat malnutrition with the overall goal of improving diets and raising nutrition levels.