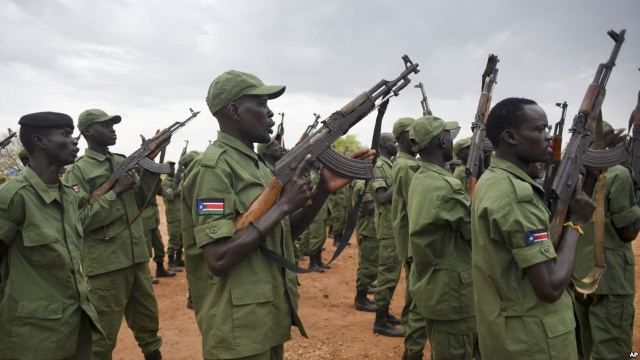 The U.N. peacekeeping mission in the Democratic Republic of the Congo said Wednesday that it could not take sole responsibility for removing 750 disarmed South Sudanese fighters from the country.

A spokesman for the mission, known as MONUSCO, said it had flown the South Sudanese to several camps in the DRC at the request of the DRC government, which later gave a deadline for their removal.

The South Sudanese combatants are loyal to South Sudan’s former first vice president, Riek Machar. They crossed into the DRC on foot in August after retreating from the capital, Juba, in July following intense fighting with forces loyal to President Salva Kiir.

Machar and his wife were with the rebels, but they have been evacuated to Khartoum.

Last month, as the news of the arrival of the troops in the DRC was made public, a DRC government spokesman denied that it had allowed them into the country. MONUSCO had already disarmed the combatants and flown them from Congo’s Garamba national park to several of its bases, including one near Goma.

On Tuesday, two weeks after the DRC defense minister visited the combatants, the government said the fighters were a security risk and gave MONUSCO seven days to fly them out of the country.

MONUSCO spokesman Felix Prosper Basse told journalists Wednesday that on August 17, the DRC authorities had asked MONUSCO, on a purely humanitarian basis, to extract the South Sudanese combatants from Garamba park, where 40 of them had already died of sickness, malnutrition or wounds.

Everyone agrees the fighters must leave the country, Basse said, but he did not say when this would happen.

Basse rejected a suggestion from a journalist that MONUSCO had been tricked with false promises into carrying out the rescue operation. He said he didn’t recall any authority or any MONUSCO spokesman making this claim. MONUSCO did not invite the South Sudanese soldiers into the Congo, which is a sovereign country, he added.

As for the deadline, Basse said, the mission has taken note, but the solution cannot come from MONUSCO alone.

MONUSCO has been working with the U.N. headquarters, the DRC, South Sudan, and other governments in the region to try to find a solution, he said.

A demonstration was organized in Goma last week to protest the presence of the South Sudanese fighters. Demonstrators said the country has admitted too many foreign rebel groups in the past.

There have been no confirmed reports of any abuses committed by the South Sudanese combatants in the Congo. Neighbors of the base near Goma where the fighters are living told VOA they had not seen the rebels outside the camp. 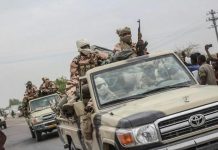 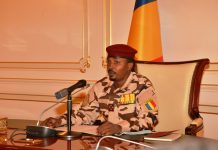