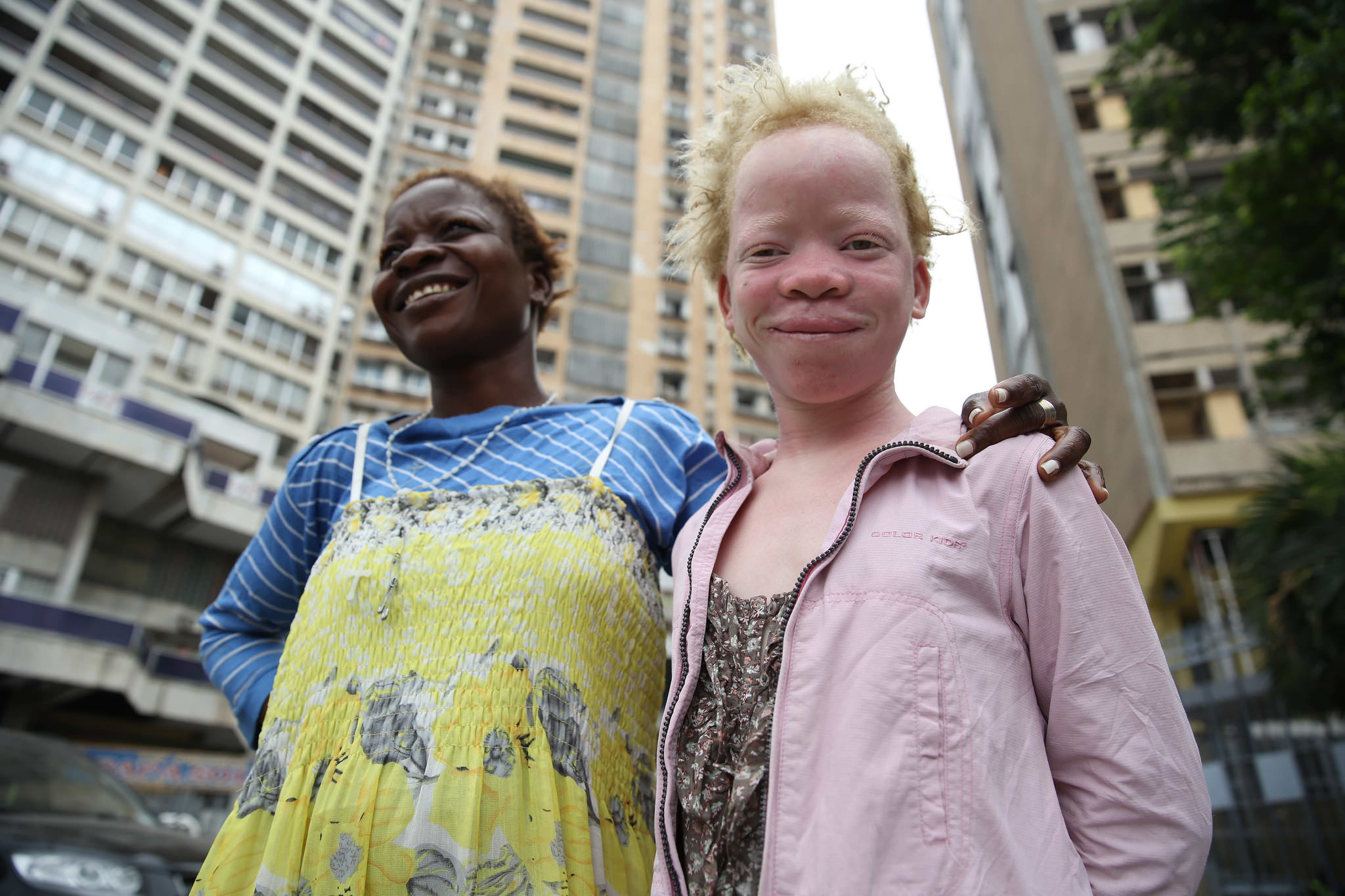 Malawi Police Service (MPS) says it has increased its efforts to completely stump out abuses and violation of rights of people living with albinism in the country.

The commitment was sounded Wednesday by Northern Region Commissioner of Police, Martha Suwedi, when she received a donation of assorted items from United Nations Women (UN women) at a ceremony held at Rufita Trading Centre in the area of Chief Mwaulambia in Chitipa District.

The donated items aimed to benefit people with albinism and community policing forums.

She said her office was shocked by the escalation of waves of attacks, killings and exhumation of the remains of people with albinism in the country in the recent years, a situation she said forced her office to spring to action in rescue of the targeted minority group.

Suwedi, however, said her region, which registered eight cases of attacks on people with albinism, was once again becoming a safe haven for people with albinism thanks to the strategies her office is undertaking in collaboration with stakeholders in fight against the vice.

“As [Malawi] Police Service, we have lined up a number of strategies in sniffing and tracking criminals hatching clandestine motives against people with albinism.

“The strategies include intensified awareness campaigns on the need to promote and protect the rights of people with albinism right at family and community levels where at times discrimination originates from,” said Suwedi.

The Northern Region has officially registered 154 people with albinism from whom Suwedi has sworn and made a strong vow never to lose one, at all costs, unless through natural causes and not through acts of chilling brutality and immorality.

The police commissioner attributed the reduction of attacks on people with albinism in the region, to good collaboration among members of the community, traditional leaders; Human Rights affiliated NGOS such as UN Women and members of community policing forums, who she said, work around the clock to alleviate the plight of people with albinism.

She then commended UN Women in a special way for the donation, which she described as crucial and timely. She said UN Women was a true partner to police in promoting the welfare of people with albinism.

While appreciating the noble duty discharged by community policing forums, she observed that they fail to provide necessary equipment and motivation to the forum members for their smooth operation due to limited resources.

“The donation is a big incentive to members of community policing forums in their task to provide maximum security to their brothers and sisters with albinism,” said Suwedi.

The Regional Police boss then asked NGOs and other stakeholders to pluck a leaf from UN Women’s gesture in forwarding aid towards the promotion of the welfare of people with albinism.

An official of UN Women, Pamela Mkwamba Matumbi, said her organization would continue working with police and other stakeholders in soliciting lasting solutions to social challenges facing people with albinism in the country.

Matumbi, said like any other groupings, UN Women decided to make efforts to fight for the rights of people with albinism after it was known how they were being hunted and killed due to their different skin on the misconception that their body parts can make wealth inducing charms.

She then commended the Government of Malawi for taking a tough stand against tendencies of perpetrating atrocities and violence on people with albinism and formulating a government national response plan to provide direction in rehabilitating the victims.

“Let me also thank our Members of Parliament who have complemented our campaign against abuse of rights of people with albinism by passing pieces of legislation which have potential to keep away those nursing intentions to attack albinos,” said Mkwamba Matumbi.

In his remarks, Chief Mwaulambia thanked UN Women and Police for considering Chitipa District, and particularly his area for the special donation.

Mwaulambia assured both the police and UN Women that he would keep a keen eye on the donation to ensure that the items are used for the intended purpose.

UN Women, with funding from DFID under a Human-Rights Window, is building capacities of existing grass-root security structures in schools and villages to ensure safety of people with albinism, especially pupils in selected districts of Chitipa, Kasungu, Machinga and Nsanje.

This is done in collaboration with the Ministry of Gender, Children, Disabilities and Social Welfare.