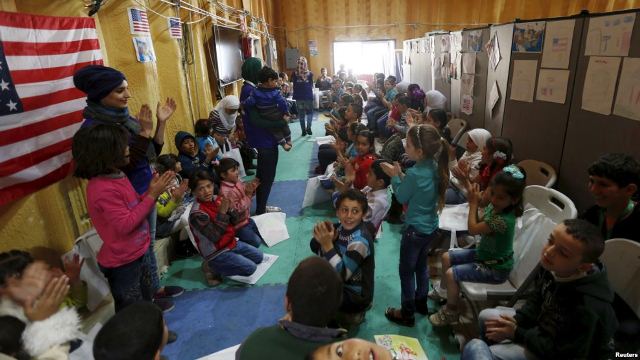 The U.N. Children’s agency warns that the smallest people are often the biggest victims in the global refugee and migration crisis.

“There are nearly 50 million children in the world that are either refugees, migrants or internally displaced,” Unicef Deputy Executive Director Justin Forsyth told reporters at a briefing on the new report.

He said of that number, 28 million children have fled violence or conflict. “That is a near doubling of child refugees in the last decade. It is a tripling of the numbers of unaccompanied children,” he said. “It’s a growing crisis; it’s a children’s crisis.”

Children are especially vulnerable to sex traffickers, criminal gangs and human smugglers when they are on the move.

Last year, almost half of all registered refugee children came from just two countries – Syria and Afghanistan. But this crisis affects children from all parts of the world, including Central America, Asia and Africa.

The report notes that when and if children reach destination countries, the threats they face often do not disappear, leaving them in continuing need of assistance and protection.

Later this month, as world leaders gather in New York for the annual U.N. General Assembly, there will be two separate summits on migration and refugees.

UNICEF’s Forsyth said he hopes the summits will result in clear commitments and practical measures for children in these circumstances, including on how to keep families together and making sure displaced children have access to health care and education.