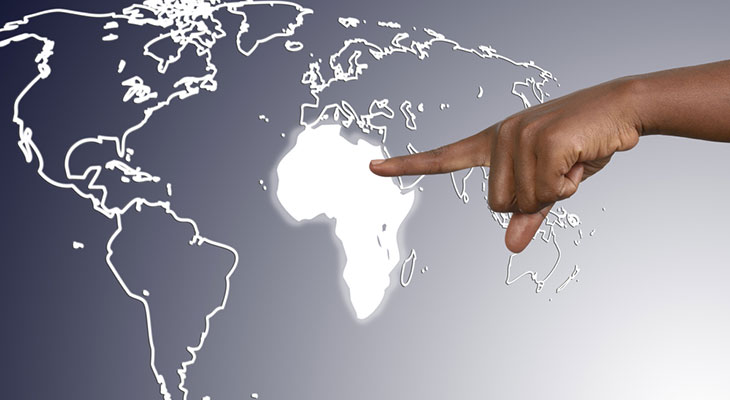 The energy and entrepreneurial spirit on the streets of major cities in Africa is palpable. From Lagos to Nairobi, the opportunities are legion. Take this from those who know. At least, this much was confirmed by Face book founder Mark Zuckerberg, when he made a surprise visit to Nigeria and Kenya recently. Mark is a businessman with a nose to smell business opportunities miles away. His visit to Nigeria and Kenya – two countries with no doubt some of the greatest opportunities for techprenuers has been long foretold.

Mark is not alone, Africa’s richest man, Aliko Dangote shares the same believe when he averred that “Africa is the world’s best kept secret.” Here him, “Africa is the best-kept secret. It’s true, there are risks. But you have to consider how to mitigate the risks and move forward. Africa, as a whole, has been growing by 5.5 percent a year for the past 12 years. And it has been sustainable. This growth, when you look at it, really is without power. With power, we could have double-digit growth.” Nothing can be truer.

The continent is fast changing; the leaders are becoming increasingly aware of the undeniable powers of the citizens. There has been a lot of political transformation. Various governments in Africa are making life easier, much easier than before. Gone are the days of “shifting the goal post in the middle of the game.”

So investors can actually see what they will get over the next ten years.

The hidden treasures on the streets of several countries in the continent are mind bugling. Investing in Africa has always been seen as a promising, if perilous, bet. But its potential often fizzles and is blighted in the face of the trite headline of wars, political instability and corruption, which became the only newsworthy materials emanating from the continent for the international media. The media has always severed as the lens through which investment opinions are formed. However, discerning investors have been able to see through the false veil and are traveling round the continent to discover the continent first hand.

Despite considerable external challenges, African countries are now seeking to demonstrate that they can weather the end of the commodity super-cycle and achieve more sustainable and inclusive growth by diversifying their economies, boosting productivity and adopting policies that aid the poor.  Five African countries were among the top ten improvers globally in the 2015 Doing Business rankings for 2013/14. Overall, Africa accounted for the largest number of regulatory reforms—75 of the 230 worldwide.

The continent has become the second most attractive investment destination in the world – ranking just behind North America — as investors are looking beyond the more established markets of South Africa, Nigeria and Kenya. Increased investment and industrialization will help to unlock the potential for job creation and poverty reduction in African countries.

Foreign direct investment (FDI) in the region has hit a record $60 billion, five times its 2000 level.  The reason for this trend is simple. The world’s eyes are turned toward Africa’s market of one billion people, including a growing middle class. Investors also see significant opportunities to invest in Africa’s non-commodities sectors:  financial services, construction and manufacturing now account for 50 percent of Chinese FDI in Africa. And while to date relocation of manufacturing is relatively limited, the potential is significant.

There are special needs areas that would certainly drive growth in the coming years. Investors would do well to look at these sectors.

Africa needs a skilled labor force, which would a product of training and retraining. The sub-Saharan region will see more people joining the labor force in the next 20 years than the rest of the world combined. How will Africa reap the benefits of this demographic transition? The burgeoning working-age population will need to be gainfully employed, and significant investments must be made to support education and provide this youth explosion with the necessary skills to meet market demands.

To that end, investment in education becomes important. African countries and institutions are stepping up efforts to close the skills gap and capitalize on growing FDI flows to build greater technological capability, enroll more students in science and technology disciplines, and strengthen science and mathematics education at all levels. The ratio of scientists and researchers in sub-Saharan Africa stands at just 79 per million population, compared to a world average of 1,081 per million. Similarly, only 22 percent of African university graduates are emerging with degrees in the “STEM” disciplines, compared with a 40 percent ratio in China. That has to change and it does present opportunities for investment in this sector.

Africa still needs a more conducive investment climate. This will require not only lowering transport and energy costs, but also eliminating formal and informal barriers to trade; increasing the flexibility of labor markets; and ensuring effective competition policies. Rwanda for instance, has improved its regulatory framework for business which has seen its FDI increased more than threefold in the past five years.

Sub-Saharan Africa’s activity stands at 2 percent of total world trade, even though trade flows have expanded by 10 percent per year since 2000. The African Union’s Comprehensive Free Trade Agreement and single air-transport market, both to be in effect by 2017, place regional integration and trade at the center of the continent’s progress. The good news? Africa is one of the most integrated regions in the world, ranking behind only Europe and Southeast Asia for economic integration.

Infrastructure is another goldmine in the continent. To say that Africa needs Infrastructure would be stating the obvious. Although Africa is considered the next frontier for investors, future growth will depend on productivity increases and higher private investment to bridge the infrastructure gap. Sub-Saharan Africa, where infrastructure financing needs are estimated at $93 billion a year for the next decade, won’t be able to compete with other regions without roads and universal access to electricity, as well as enhanced ICT. In a region with limited participation in global trade, road freight moves no faster than a horse-drawn cart, and major ports are chronically choked due to lack of capacity. As trade volumes increase, demand for container traffic will increase by an average of 6 to 8 percent over the next 30 years according to the African Development Bank. Inadequate power supply remains the most serious infrastructure challenge. Regular power outages cost the African economy as a whole between 1 and 4 percentage points of GDP. Further, only one in three Africans has access to electricity and those with power access typically pay up to seven times more than consumers elsewhere. Potentials will do well to look in this direction.

At present, the concentration of investments in relatively short-term maturities reflects investors’ reluctance to engage in sectors such as infrastructure, where the returns are spread over a longer time frame, yet the rate of return on foreign investment is higher in Africa than in any other developing region.

Have you considered agribusiness? It is also time to accelerate the continent’s progress in boosting agriculture productivity and promoting growth in the places and sectors where the poor live and work. Agriculture still employs 60 to 70 percent of the workforce but accounts for less than 20 percent of total value-added. Despite substantial policy commitments, productivity in the agriculture sector remains disappointing. Supporting smallholders through investments in improved technologies, rural financial services and better access to markets is vital. Agriculture and agribusiness are expected to become a $1-trillion industry by 2030. Kenya is now the third-largest exporter of cut flowers in the world, with the industry employing more than 500,000 people. According to the Kenya National Bureau of Statistics, the floriculture industry exported 136,601 tons of products in 2014 and now accounts for 1.3 percent of the country’s GDP. But Kenya is adding more than half a million people to the labor force every year, so massive job creation is required.

The move is on – you can also be part of discovering the best kept secret.