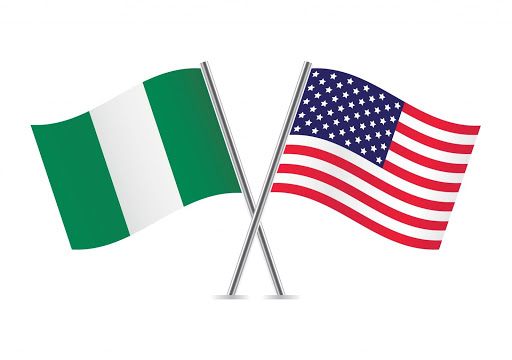 During a meeting recently held at the State Department in Washington, DC, the U.S. Secretary of State Mike Pompeo and the Nigerian Foreign Minister, Geoffrey Onyeama discuss bilateral trade while the West African country works toward the removal of US travel ban.

Pompeo has expressed hope that visa restrictions placed on Nigeria by President Donald Trump’s administration might be removed if the country takes necessary steps to take out itself from U.S. visa restrictions.

He also said that Nigeria has room to grow in sharing important national security information and “I am optimistic that is going to happen”.

Onyeama, in turn, said he is confident that his country will be removed soon because they are already “working on all” U.S. security concerns.

Onyeama says the Nigeria government was “somewhat blindsided” by the U.S. decision to add his country to the visa ban. “And of course, a lot of people back home in Nigeria understood it and put different interpretations and different spins on it. But it’s essentially very straightforward. It was very gratifying to come here, speaking to U.S. officials and to understand more clearly the reasoning behind this.

“We look forward to being taken off this visa restriction list,” Onyeama said.

Moving on to economic relations, Pompeo described the economic ties between both countries as “America’s second-largest trading partner in Africa”, he then announced the repatriation of over U.S.$308 placed in safe havens that included the UK, U.S. and Switzerland by Former military ruler General Sani Abacha, who ruled Nigeria from 1993 until his death in 1998.

According to Pompeo, the fund is in support of the fight against Boko Haram insurgency which he goes head to commended President Muhammadu Buhari’s effort in fighting against corruption.

“In support of that fight, I am announcing today that the United States and Nigeria have signed an agreement to return to the Nigerian people more than U.S.$308 million in assets stolen by a former dictator,” he added.

Onyeama thanked the U.S. for its support to Nigeria, adding that the country is ready to do business with the U.S. and attract more investments.

“But really have to say, Mr. Secretary, that we do appreciate very much and value very much the cooperation between our two countries in very important areas for us. And the Binational Commission, we’ve identified a very clear basis to move that on and progress, and we really look forward to seeing a lot of gains, win-wins, for our two countries,” Onyeama said.

“And we are moving in the right direction, and we feel that we are ready for business and certainly hope that, again, with our partners in the U.S. that we will be able to attract more investment.”