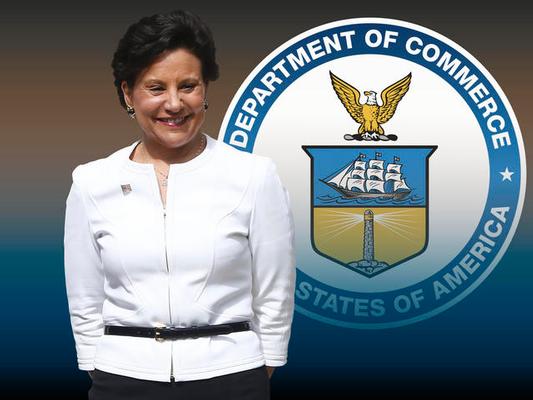 US Secretary of Commerce Penny Pritzker will lead an Energy Business Development Mission to West Africa with stops in Ghana and Nigeria from May 18-23, 2014.

The mission will promote US exports to Africa by helping American companies launch or increase their business in the energy sector in West Africa. It will also help the African region develop and manage energy resources and systems, build out power generation and transmission, and distribution.

“In line with President Obama’s U.S. Strategy Toward Sub-Saharan Africa, this mission is an opportunity to connect U.S. company products, services and expertise to support Africa’s enormous power potential,” said Secretary Pritzker. “One of the Commerce Department’s bottom-line goals is to increase the global fluency of U.S. businesses and make trade and investment a bigger part of the U.S. economy’s DNA. Trade missions like these are one way of accomplishing these priorities.”

With more than 600 million people in sub-Saharan Africa lacking access to electricity, the power development challenge is enormous. More than two-thirds of the population is without electricity, including more than 85 percent of those living in rural areas.

According to the International Energy Agency, sub-Saharan Africa needs more than $300 billion in investments to achieve universal electricity access by 2030 – far beyond the capacity of any traditional development program.

Representatives of the US Trade and Development Agency (USTDA), the Export-Import Bank of the United States (Ex-Im) and the Overseas Private Investment Corporation (OPIC) will be invited to participate to provide information and counseling regarding their suite of programs and services in sub-Saharan Africa.

This collaborative interagency approach highlights the Doing Business in Africa (DBIA) campaign, which aims to harness federal trade promotion and financing capabilities to help the U.S. private sector identify and seize upon trade and investment opportunities.

The mission will make stops in Accra, Ghana and Lagos and Abuja, Nigeria.