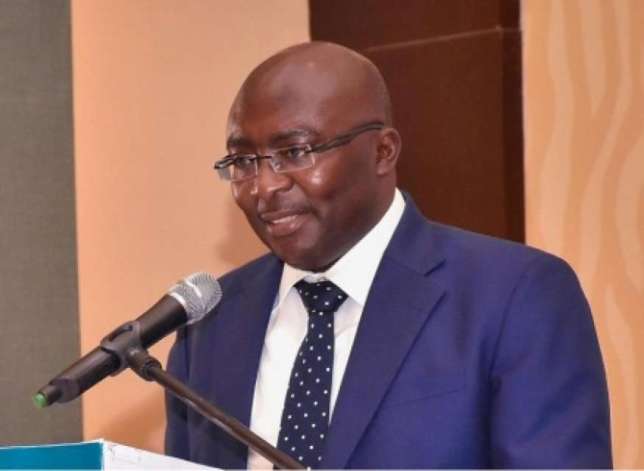 Ghana’s Vice President Dr. Mahamudu Bawumia, has said that the country’s economy is in good hands and is being driven in the right direction for growth.

He, therefore, called on Ghanaians not to pay attention to naysayers who are saying that the economy is on a downward trend instead.

Dr Bawumia was speaking at the Ghana Industrial Summit and Exhibition in Accra on Tuesday (September 18, 2018).

“Be reassured that this economy is in good hands. We are not where we want to be, but we believe that we are on course. But as all good sailors know, rough and turbulent seas are no indication that you are not steering well,” he said.

He added that the Standard and Poor’s upgrade of Ghana’s economic rating from B- to B is an indication that the country’s fundamentals are strong.

“Our recent ratings by Standard and Poor’s agency from B- to a solid B with a stable outlook is a confirmation that we are building fundamentals of the economy in the right direction. If you listen to the critics you will miss the following facts about the economy. That the economic growth has more than doubled from its 2016 level from 3.7% to 8.5%, that the agricultural growth is trending upward and industry growth rose from a negative half a percent to 17.7% at the end of 2017,” he added.

The Vice President said inflation has reduced to 9.9% and the Treasury bill rates have declined tremendously.

“Inflation continues to decline just slightly below 10% at 9.9%. The interest rate of the 91-day treasury bills are also on the decline. Our trade position has strengthened significantly and our gross international reserves now cover 3.9 months of imports. The debt to GDP ratio has declined from 73% in 2016 to 64.4% in June 2018. We are striving for a low and stable inflation rate.”