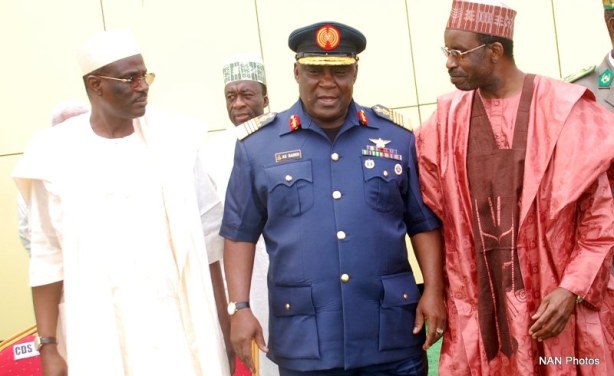 Chiefs of Defence Staff from Nigeria, Niger, Chad, Cameroon and Benin were holding talks in Abuja to determine strategies for a new African Union-backed regional force against the insurgents.

The long-awaited Multi-National Joint Task Force, which was due to have been operational in November, has its headquarters in Chad’s capital, N’Djamena, under a senior Nigerian officer.

In the meantime, troops from Nigeria, Chad, Niger and Cameroon have been fighting Boko Haram insurgents in northeast Nigeria for several months and have recorded a series of successes.

The Nigerian military announced on Monday evening that the chiefs of defence staff meeting was being held in preparation for talks between heads of state and government of all the five countries.

Buhari, a former army general, has been Nigeria’s president since May 29 and has made ending the six-year insurgency the top priority for his administration.

He immediately announced the transfer of the military command centre from Abuja to the strategic city of Maiduguri, in the northeastern rebel stronghold, and visited Niger and Chad to push for continued co-operation.

On Sunday, he travelled to the G7 Summit of leading industrialised nations to garner further support from world powers on the security threat, including intelligence and training.

Buhari’s nascent presidency has however seen an increase in suspected Boko Haram attacks, with 11 recorded since he took the oath of office and at least 93 deaths.