African Leadership Magazine
Home Business & Economy What Are The Next Steps In Africa’s Economic Transformation? 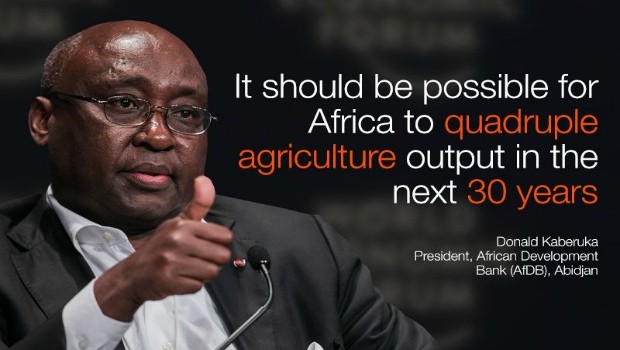 As the African Development Bank marks 50 years in the service of Africa, it is a moment to quote Nelson Mandela: “After climbing a great hill, one finds that there are many more hills to climb.”

When the Bank was founded in 1964, Africa had great aspirations. Those aspirations were to be challenged in subsequent years by economic decline, political instability and geopolitics. But they never died. Men and women of goodwill soldiered on.

When I assumed office in 2005, Africa was at a turning point, beginning to reverse years of decline, registering the first positive real per capita GDP growth in almost two decades.

Yet the task of translating economic growth into economic transformation – and creating jobs – had only just begun. Sustainability was not assured, and poverty levels were still deep due to high population growth and the initial low base.

And many of the gains made in areas like health depended very much on the ability of African countries to build strong economic foundations to fund them in future years.

So we had to create an agenda fit for purpose, examine our comparative strengths and commit to doing a few things well. I concluded that five things were now urgent: launching a big push on infrastructure; leading from the front on the private sector; pushing for economic integration; supporting fragile states; and leveraging our convening power, knowledge and voice. These have been the Bank’s key areas of focus these last 10 years.

In energy, two things will be pivotal going forward: first, finding innovative ways to get infrastructure projects ready and de-risking them to attract additional private capital; and second, introducing deregulation in the energy sector, including the reform of energy subsidies, strengthening the balance sheets of the national off-takers, and establishing truly independent regulators.

This is the spirit that brought about the Africa Growing Together Fund with China, and the Africa50 Fund, which now has almost $700 million of subscribed capital. Africa50 is the continental solution to Africa’s infrastructure challenge.

In private sector development, the Bank’s operations have gone up 10 times in the last 10 years, from $200 million to $2 billion. I believe that, on this trajectory, private-sector activities in the Bank could surpass public sector operations within five years.

In economic integration, the Bank has committed $4 billion in a decade to everything from transport corridors to power pools. But infrastructure is only the means to an end, which is more trade and services. I therefore hope that, in the future, progress can be made, especially on the non-tariff barriers.

The Bank may be a provider of financial resources. But it is not money that delivers development: it is the policies that bring good return to that investment, in addition to delivery capacity.

That’s why we had to refocus on knowledge and voice, and our convening power. One such way was in helping countries, including those rich in natural resources, to better manage their wealth ‒ whether oil, gas, minerals or the blue economy.

These have been our strategic directions, but they cannot cater for external shocks that need rapid responses, like the Bank’s countercyclical response to the global financial crisis in 2008-2009, to the turbulence in North Africa in 2011 and to the Ebola epidemic last year.

Now, as I pass on the baton to a new Bank administration, 2015 will be another turning point. Some have labelled this as the most important year in development since 1945. The Conference on Sustainable Development Goals in New York and COP21 in Paris will define our world for a very long time.

The link will be the success of the Addis Ababa Financing for Development Conference, and the role that the MDBs will play.

The African Common Position is clear: that SDGs will be largely funded through economic growth, transformation through trade and investments, and sustained national efforts like domestic resource mobilization, maximizing local capital markets, minimizing illicit flows, ensuring better financial management, leveraging natural resources and, of course, the smarter use of ODA.

In the last few months, the MDBs have produced a report on how they can play a major role funding SDGs – and climate change. It will require rethinking the MDBs’ business models, improving their innovation and institutional governance, and making better collective use of their balance sheets, as we have just done through exposure swaps with the World Bank, thereby opening up more headroom for lending to North Africa.

Africa, which has weathered many storms in recent years and maintains its dynamism, will have high expectations of the outcomes the world wants in 2015.

I am reminded that, in early 2000, a European leader described Africa as a scar on the conscience of the world. Just a month ago, this same leader called Africa the most exciting continent on the planet because of the opportunities it offers. You may agree or disagree with Tony Blair on this one, but it is a measure of how far Africa has come in one decade.

Nothing, however, is preordained. Success will depend upon what we do.

The young people being lured by human traffickers to an imaginary El Dorado, only to perish in the Mediterranean, remain, indeed, a scar and an indictment. As Madiba said, there are indeed many mountains to climb, if we are to seize the windows of opportunity presented by a young, dynamic population. For me, and for the African Development Bank, this is not a job, it’s a mission. From wherever I will be, count me in always as a foot soldier for the economic transformation of Africa.