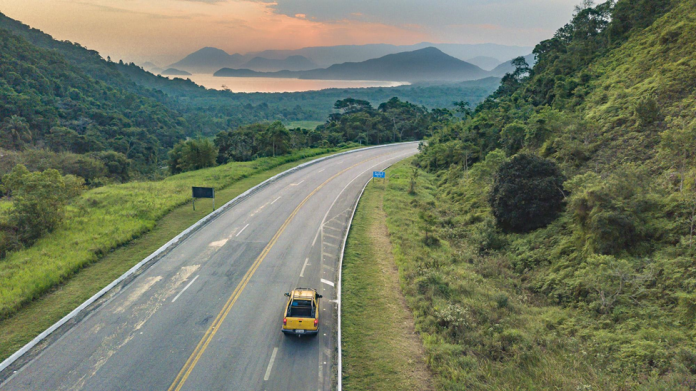 While filming a documentary about humpback whale migration in Brazil, I came to realize how informal communities hold the key to sustainable economic development. All we have to do to build better communities is harness the power and pioneering spirit of informal communities. If you build it, they will come, and build as well.

Fields, and Cities and Oceans of Dreams…

Once you have seen certain levels of poverty, you will never forget it.

As someone who grew up in the United States, when I would hear UN statistics about “800 million people living in extreme poverty,” it was hard for me to conceptualize what that meant. After spending a decade working in emerging markets in Africa, Latin America, and Asia, I have become very, acutely, aware of poverty.

Like many who have travelled through and lived in emerging and developing countries, I’ve spent a long time contemplating what could be done to improve the conditions of those who have not been included in the system.  In many instances, those who live outside the formal structures of society are so removed from it that finding a path towards inclusion has become more and more difficult over time. This has been enhanced as certain equality gaps have continued to grow.

So for me searching for answers to this question has become a focal point of much of my work. And until recently my conclusions have been in the form of vague concepts. But over the last year, the ideas have become clearer. And in the last couple of weeks, something concrete took shape. This answer finally came while filming a documentary about whale migration in northern Brazil in the middle of a global pandemic.

Journey to the Abrolhos Whale Sanctuary

The revelation came while we were driving north along the coast of Brazil, towards Abrolhos, in the state of Bahia.

We were on our way to film a project on humpback migration at the whale sanctuary there. Every year, humpback whales migrate from Antarctica to the oceans of northeastern Brazil to mate and give birth. Our crew included Dani Abras, a Marine Biologist and Global Expedition Guide, Al Andrich, the founder of the World Adventure Society, and Alex Socci, an award-winning photographer and a Director of Utopia Rio.

The drive from Rio de Janeiro to the north took nearly 18 hours. Despite having spent much time over the last decade exploring Brazil, we passed many parts of the country that I had never seen before.

Due to the pandemic, the roads were eerily empty. This allowed me to experience and focus on the beautiful and dramatic scenery along the roads between Rio and the whale sanctuary in Abrolhos. While there are a few cities and towns along the highways, the area generally felt much more remote than I had expected.

The bounty of dramatic mountain ranges mixed with green lush valleys were filling my mind with a sense of wonder. This wonder kept me thinking about the ongoing development in the region.

Local word of mouth regarding the conditions in the north of the country had led me to expect that the roads would be difficult to traverse due to poor maintenance. Like many in Brazil, I had heard about the problems faced when travelling through the north. I worried that progress would be slow and that the roads themselves would be potentially dangerous as a result of infrastructure issues.

Instead, the roads were surprisingly good. They were smooth and had no potholes. In many areas, the roads looked new with freshly painted yellow divides and white sidelines. Tolls were efficient and digitized using RFID technology.

The roads and highways would feature large empty expanses of nature punctuated by factories, farms with restaurants serving as rest stops, and some office buildings.

Many of these industrial estates were surprisingly modern and clean. Despite being fenced off like most other similar facilities in Brazil, they often exuded openness and productivity. They featured large parking lots, and the few cars we saw there indicated the presence of a healthy and burgeoning middle class. We saw buildings used for office space, and others were incredibly large warehouses.

The changes which have impacted the economy of this part of northeastern Brazil don’t seem to have been driven solely by top-down government policies and central planning. Rather these changes seem in part to have been seeded by the pioneering spirit of strong-willed individual human beings.

I am not sure whether the industrial development led to improved roads, or whether the good quality of the roads enabled the development. Either way, the two always come hand in hand.

Even more interesting to me were the numerous informal communities.

In developing countries with emerging markets, cities end up having large and sprawling informal communities surrounding them. These communities are often labelled as “slums” or “favelas.”

Similar informal communities, albeit more rural ones, have also emerged in areas like the northeast of Brazil. People hoping to take advantage of economic development have moved to the areas near the industrial estates. There, they have built whole villages and homes using “found” materials.

Prior to spending a decade working in South America and Africa, I had often thought of those without structured access in developing countries only as victims. Now I realize that they are the heroes, the leading characters on their own quest for a better life.

Those who migrate to the favelas and informal communities of Brazil, other South American Countries, Africa and in Asia are not moving to the cities looking for a handout or government assistance. They come looking for work and seek their fortune. Their motivations are no different than those of the pioneers who tamed the American West or set off by sea to unknown destinations.

The men and women living in the informal communities of Brazil know how to fend for themselves in a way that few people in the modern world can.

The chaos these places represent to outsiders often distracts the observer from understanding the complex ecosystem before them. Favelas represent an ecosystem filled with people willing to build and maintain homes with their own hands.

They build their own homes. They start businesses. They provide for their own food, shelter, education, and security. They face incredible hardship. Some work their way out of poverty, becoming incredibly successful, world-renowned businesspeople and entertainers. All manage to survive.

The informal communities of Brazil and the developing world should not be demonized. Government policy should not seek to control, displace, or eliminate them.

Instead, they should be celebrated.

The revelation came to me on the road between Rio and the whale sanctuary in Abrolhos.

It was while passing the endless expanses of nature punctuated by industrial estates and informal communities that the revelation and realization struck me. Almost like a voice in a distant cornfield in Iowa I thought to myself “when you build it they will come”.

The offices, the farms, the factories, the warehouses, and the roads would have been impossible without the pioneering spirit of the Brazilians living in informal communities. It had been their labour, their sweat, and their efforts which had built the northeast of Brazil.

Economic development projects, such as economic zones or new cities, that will encourage pioneering souls to settle and build nearby are the ones that will prosper the most.

All too often, these modern-day pioneers simply aren’t given a chance to participate. Why not create a better path to legal participation? Why not develop a better way for people to apply their drive and talents particularly if they are ready and willing to build it for themselves?

Governments and their political spokespersons are often embarrassed by these informal communities. Thus, they work against, rather than with them to help fix the underlying issues. Too often countries have torn down organic communities and relocated the people living there into prefabricated and inorganic housing projects. In some extreme cases, a few countries have resorted to heinous acts of violence against some of the most hard-working entrepreneurial members of their society.

Imagine how effective an economic development program that encouraged, rather than tear down, its informal communities could be. This could and will take many forms.

For example, governments or nonprofits could provide free land, building materials, and construction classes to those who come to cities seeking a fortune. People tend to care for what they build and create. Instead of living in squalid housing developments which they do not own, they would live in houses that they had built with their own two hands. Stakeholders have far better anchors and outcomes.

Maybe the laws and incentives could align with what’s already happening or in many cases has happened. Formalizing these places, whether in cities or rural areas is likely a much needed first step. We should ask ourselves could this be done with the use of special laws in the form of special jurisdictions and zones?

This is a conversation that needs having and I am excited to see the beginning of this type of change and am honored to be a part of the catalyst to initiate a new direction. Let’s make this a beginning worth reflecting on growing and sharing with others. 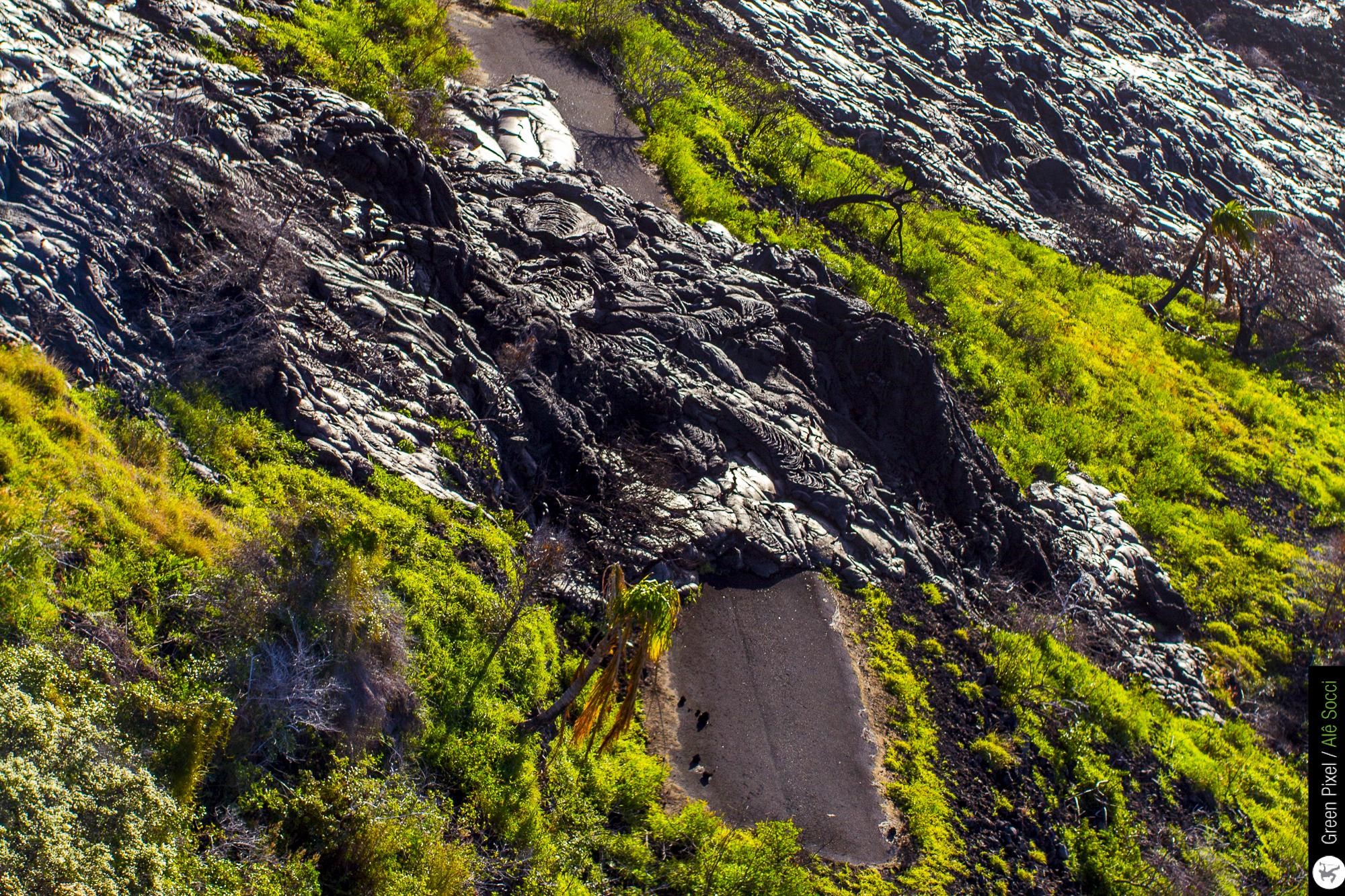 Gakara Mine: Africa’s Gateway to The Rare Earths Mineral 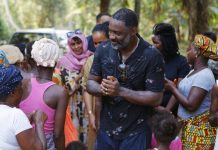