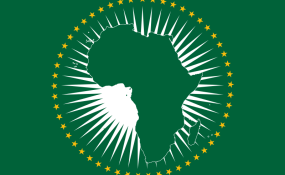 The theme of the coming African Union (AU) summit is likely to be eclipsed by pressing peace and security issues. This includes the situation in Burundi and the crisis in Libya. Xenophobia, migration and terrorism will also be high on the summit’s agenda.

The 25th ordinary session of the AU Assembly takes place in Johannesburg, South Africa on 14 and 15 June 2015. This will be preceded by meetings of the permanent representatives committee, which consists of ambassadors to the AU (7 – 8 June), and of the executive council, which consists of AU member states’ ministers of foreign affairs (10 – 12 June).

The official theme of the AU for 2015 is the ‘Year of Women’s Empowerment and Development towards Africa’s Agenda 2063′. The summit is also meant to focus on this theme and will be an opportunity for AU Commission chairperson Nkosazana Dlamini-Zuma to report on progress with the various initiatives she has launched towards gender parity and women’s empowerment. This includes the role of women in peace and security. Women’s empowerment was also meant to be at the heart of the January 2015 summit in Addis Ababa, but gender activists have complained that little concrete action emerged on this issue at the summit.

Xenophobia, migration and terrorism on the agenda

As was the case in January, the theme is likely to be eclipsed by current events such as xenophobia in South Africa, migration and terrorism in Nigeria, the Sahel and the Horn of Africa.

The spate of attacks against foreign nationals, mostly Africans, in Durban and Johannesburg in March and April this year, sparked strong reactions across Africa.

On 30 April the PSC organised a debate on xenophobia, following a statement from Dlamini-Zuma condemning the violence. The summit will be an occasion for the South African government to explain its position and indicate what steps are being taken to prevent these incidents from happening again. ‘It is impossible for them not to discuss xenophobia,’ a high-ranking AU diplomat told the PSC Report in Addis Ababa.

Uppermost in the minds of many Africans as the bi-annual gathering approaches is the fate of the hundreds of African migrants trying to cross the Mediterranean to Europe.

According to Amnesty International, over 1 700 people have drowned in April 2015 on the perilous journey. A debate is raging in Europe on how to handle the issue and there will be pressure on the AU to announce what steps it is taking to help Africans fleeing the continent. Discussions with the European Union (EU) are crucial in this regard.

AU concerned about violence in Burundi

Meanwhile, the crises in Burundi, South Sudan and Libya are also likely to be high on the agenda at the summit. The AU has been pro-active in trying to prevent the situation in Burundi from deteriorating. Visits by AU Commissioner for Peace and Security Smail Chergui, Dlamini-Zuma and a delegation of the Panel of the Wise, however, have not been sufficient to prevent violent protests over the third-term bid of President Pierre Nkurunziza. On 19 May, leaders of the Economic Community of West African States considered a proposal to sanction third-term bids in the region. The proposal was rejected, notably by the presidents of Togo and The Gambia.

The deteriorating situation in South Sudan, with new advances by rebel forces and the displacement of hundreds of thousands of people, will most likely also be discussed.

Mediation efforts by the Intergovernmental Authority on Development have thus far failed to bear fruit.

At its previous summit-level meeting, in January 2015, the PSC’s discussions were dominated by the crisis in South Sudan. A controversial report on human rights abuses in the country was postponed at the last minute. According to AU leaders this was to give ongoing talks between the protagonists a chance. There have been no new negotiations, however, since these talks were suspended in mid-March.

The AU has been expected to play a greater role in future talks.

International focus on the situation in Libya

In addition, the International Contact Group on Libya is set to meet on 12 June, on the margins of the Johannesburg summit. The group consists of Libya’s neighbours Algeria, Chad, Egypt, Niger, Sudan and Tunisia, as well as a number of other concerned AU members. At its last meeting on 1 April in Niamey, Niger these were Angola, South Africa, Burkina Faso and Mauritania. Zimbabwe was present in its capacity as chair of the AU. In addition to international organisations such as the United Nations (UN), the AU, the EU and the Organisation of Islamic Cooperation, France, Russia and China also attended the Niamey meeting. The chaotic situation in Libya, with two governments vying for control of the country and a myriad of armed militias, is of increasing concern to the international community.

Also of great concern to the AU are the ongoing battle against Boko Haram in northern Nigeria; the continuing violence in northern Mali, despite the signing of a peace accord; and the threat posed by al-Shabaab in Somalia and neighbouring Kenya. The Joint Multi-national Task Force to combat Boko Haram, made up of countries of the Lake Chad Basin, is yet to be fully operationalised.

Besides the pressing peace and security issues, the ongoing stand-off between the AU leadership and the International Criminal Court (ICC) is also likely to resurface, with planned demonstrations by civil society organisations against the possible presence of Sudanese President Omar al-Bashir.

Al-Bashir is subject to an international arrest warrant and South Africa – a state party to the ICC statute – would have to be arrested were he to set foot in South Africa to attend the summit. AU insiders say it is unlikely that al-Bashir will attend.

Instead, the AU is likely to welcome newly elected Nigerian President Muhamadu Buhari. His presence at the summit will be important, given Nigeria’s position as an economic powerhouse on the continent. It will also be an opportunity for Nigeria to reconcile with South Africa, following the recent diplomatic spat over xenophobia. Nigeria temporarily recalled its high commissioner to South Africa, allegedly to protest against the maltreatment of Nigerians citizens by South Africans.

Zimbabwean President Robert Mugabe, who was elected for one year as the rotating chairperson of the AU in January this year, will chair the Johannesburg-summit. As was the case in anuary, Mugabe is likely to open the summit with his trademark call for Africans to refuse external interference in their affairs and to admonish his counterparts for being too dependent on the West. Democrats on the continent viewed the 91-year-old Mugabe’s election to this position as an embarrassment, but observers say there has been no visible change in AU positions since his election.

In response to criticism of the AU’s continued dependence on external funding, notably from the EU, the organisation plans to make use of its being in one of Africa’s richest cities by raising funds. ‘Helping the AU to be self-sustaining’ is one of South Africa’s priorities, according to diplomats. The AU Foundation was set up by Dlamini-Zuma to help with fundraising following an internal report on ‘alternative sources of funding’. The Foundation is planning a series of events in Johannesburg on the margins of the summit. The aim is to raise US$3 million at these events. The AU’s budget for 2015 is US$522 million.

Excerpted from the Peace and Security Report of the Institute for Security Studies. See also the full text of this report, No. 70 in the series.