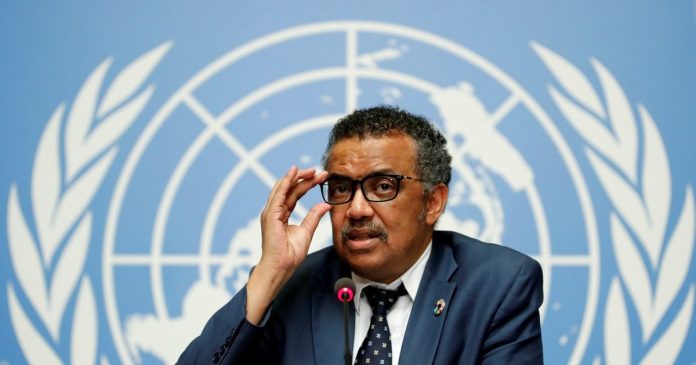 Ethiopian Tedros Adhanom Ghebreyesus was re-elected as head of the World Health Organization, WHO, for a second five-year on Tuesday.

The director-general received more than two-thirds of the votes cast in the secret ballot, with 155 votes for him out of the 160 casts. Tedros was the only nominee.

“I am humbled and honoured to be elected to serve a second term as WHO Director-General,” he said in a tweet.

“I am deeply grateful for the trust and confidence of member states. I thank all health workers and my WHO colleagues around the world. I look forward to continuing our journey together.”

Tedros, a former Ethiopian Health Minister and Foreign Affairs minister, is the first African to head the WHO. He was first elected as WHO director-general on May 23, 2017.

In the run-up to the new election, Tedros gained global support to head WHO for a second term after championing the global fight against the Covid-19 pandemic.

Later, at least 17 EU members, backed by countries in other regions, formally nominated Tedros for his re-election.

Except for his home country Ethiopia, African countries have broadly supported Tedros, who fought for more access to Covid-19 vaccines in Africa.

“This does not only hurt the people of Africa; it hurts all of us. The longer vaccine inequity persists, the more the virus will keep circulating and changing, the longer the social and economic disruption will continue, and the higher the chances that more variants will emerge that render vaccines less effective,” he added.