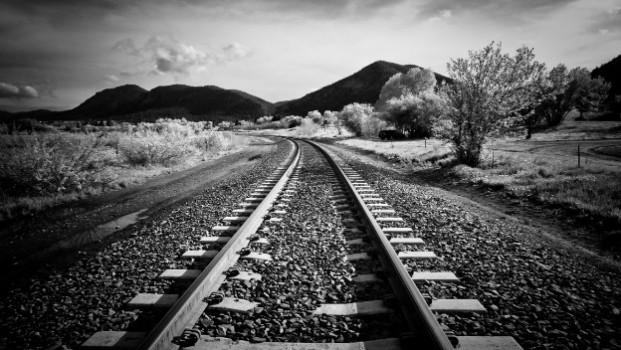 Railroad investment is taking off around the African continent, including a Chinese-financed $5.2 billion project linking Nairobi and Mombasa. The line will eventually link the port city with South Sudan, the Democratic Republic of Congo, and Burundi. Nigeria, Tanzania, and other countries have also undertaken massive railroad expansion and rehabilitation projects in the past years in an effort to improve infrastructure and spur economic development.

Broadly speaking, infrastructure has been shown to have positive impacts on “income growth and, more tentatively, on distributive equality,” according to a World Bank review paper on the subject.

In poor or remote regions with higher costs to trade, Jedwab and Moradi conclude that transportation could “permit increased commercialization of agriculture, start an urbanization process, and lay out the foundations of future industrialization.”

That means that African countries could truly benefit from rail expansion, especially considering the lack of infrastructure currently in place.

The American example might also be relevant as another example of the benefits of rail. A National Bureau of Economic Research paper by Jeremy Atack, Matthew Jaremski, and Peter L. Rousseau found that investment in railroads linking major financial hubs in the U.S. brought an influx of financing opportunities to more remote areas, spurring developments in manufacturing and agriculture.

However, there are unique challenges with rail that could be acutely relevant to new development efforts.

As Collier wrote, railroads are “politically complicated” for a few key reasons. Most notably, African rail requires a great deal of international cooperation. “Africa is split into so many countries that inevitably rail lines need to be international, especially because so many of the countries that would benefit most are landlocked… Indeed, each time rolling stock crosses borders a valuable asset moves into a new jurisdiction.”

Coordination is thus practically a prerequisite for successful rail development and operation. In this light, it’s little wonder that major investment projects have been fueled by regional powerhouses like Nigeria and Kenya. However, how these efforts pan out as lines expand across new borders remains to be seen.

Another possible issue is theft.

A 2012 Frost & Sullivan report notes that 143 miles of cable was stolen from South African rail lines in 2010, impeding efforts to maintain and expand infrastructure. Railways Africa magazine noted more recently that “official estimates” on copper cable theft are on the order of up to $1.4 billion. And these costs aren’t just economic: a major derailment in Pretoria in early 2013, in which 300 were injured, was attributed to problems caused by stolen cable wires.

Of course, as the magazine points out, this is a problem by no means confined to the developing world; even France has struggled with the issue. However, with an already-high fixed cost of investment, the need for such continuous reinvestment could become quite burdensome.

However, challenges aside, projects are continuing with great enthusiasm. This begs the question: will new railroads transform the economic landscape of Africa?

“Generally, rail facilitates the export of bulk commodities and hence is very positive for resource rich countries.” Like Jedwab and Moradi, Du Toit sees the agricultural sector as a major winner in both countries, as rail allows for a more competitive cost structure for exports and a lower cost of imports for materials like fertilizer and equipment.

Nonnie Wanjihia, executive director of the East Africa Venture Capital Association, also voices the importance of rail to natural resources. New rail lines “would certainly open up investment opportunities, particularly in industries such as oil and gas and natural resources.”

And both Du Toit and Wanjihia are quick to point out the potentially economic ramifications of new railway lines.

“Once a proper rail system is… developed, it facilitates transport of various goods and services at a very low and competitive cost,” says Du Toit. Whether it’s agricultural goods or manufactured ones, the potential benefits of such access could be enormous for exporters and importers alike.

Wanjihia says that rail expansion would “significantly reduce certain barriers to entry and allow businesses to scale up in neighboring countries as a result.” In this case, not only would a successful expansion of rail literally bring nations together, it could usher in a new trend of multinational investment.

Considering not only the business implications but the potential benefits for broader development, the evidence suggests that rail could provide a critical stepping-stone into Africa’s future. Despite the challenges, the future looks bright.