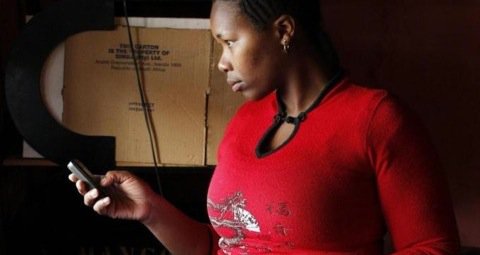 Despite being in the front lines of trade in Africa, African women are constrained by policies and other harsh socioeconomic realities.

Daily, millions of women in Africa are engaged in one form of trade or another, either within their countries or across national borders. They buy and sell everything, from agricultural produce to manufactured products.

Women traders’ contribution to national economies has become essential in boosting trade in Africa, and according to the World Bank, it is mostly women who conduct cross-border trade, delivering goods and services. They also run the majority of agricultural small landholdings.

However, trade policies in the continent are not necessarily favourable to women, because men have better access to resources. If anything, the constraints women face undermine Africa’s efforts to realise its full trade potential.

These constraints include non-tariff barriers that impinge on trading, notes a World Bank 2013 study titled Women and Trade in Africa. The lack of access to finance, information and formal networks often pushes women into the informal economy, where their capacity for growth is limited.

Cross-border trade and the informal sector

Women’s participation in informal trade is often not fully appreciated. Their involvement in informal cross-border trade hardly draws attention in international trade circles, says a paper by the United Nations Inter-Agency Network on Women and Gender Equality, an advocacy group.

Informal trade, which women dominate, is a major source of job creation in Africa, providing between 20% and 75% of total employment in most countries, according to the interagency network.

Within the Southern African Development Community region, informal cross-border trade, mostly in processed and unprocessed food, constitutes between 30% and 40% of the total trade volume annually.

TradeMark East Africa (TMEA), an organisation that promotes cross-border trade in the subregion, reports that women conduct up to 74% of the informal trade along Rwanda’s borders with its neighbours—Burundi, the Democratic Republic of the Congo, Tanzania and Uganda.

Cross-border trading is the only source of income for the majority of these women. However, TMEA is concerned that this form of trade is predominately in lower-value and low-profit products, such as fruits and vegetables, livestock, meat and dairy products.

Women’s lack of knowledge about their rights under trade treaties and protocols exacerbates the problems they face in cross-border trading. In some cases women are forced to pay bribes or subjected to harassment by customs and immigration officials.

To help them deal with these problems, TMEA started a project in 2012 that facilitates women’s cross-border trading activities in East Africa.

It provides free legal services to small-scale traders, mostly women, who, often unaware of their rights, use illegal routes to cross borders to avoid harassment by customs officials.

TMEA teaches them to exercise their rights in cases of arbitrary arrest or illegal application of rules by officials. As a result, many women traders in the region now spend less time at the borders figuring out the right procedures to follow.

TMEA has helped organise them into cooperatives to strengthen their collective bargaining powers. But there should be more policies to encourage informal trading by women, experts say.

Although trade liberalisation began in the 1990s and in some cases has increased the competitiveness of African traders, when it comes to women, the United Nations Inter-Agency Network on Women and Gender Equality says it has had the opposite effect.

The network says women have been badly affected by these policies because of gender biases in education and training, inequalities in the distribution of income and resources, and unequal access to credit, land and technology.

In Africa, “women receive 7% of the agricultural extension services and less than 10% of the credit offered to small-scale farmers,” according to the network.

But some experts urge opponents of trade liberalisation to consider the other side of the coin, which is that these policies encourage eliminating tariffs and consequently reduce the price of goods.

Trade liberalisation critics counter by saying that if women have no access to credit, technical knowledge or international markets, they have trouble competing internationally even if the markets are opened up.

A major aspect of trade liberalisation is the opening up of labour markets to international manufacturing and apparel jobs, as was the case in the tiny Southern African nation of Lesotho.

A 2012 study on Lesotho by the UN Conference on Trade and Development (UNCTAD), Who Is Benefitting from Trade Liberalisation in Lesotho? A Gender Perspective, found that liberalisation has expanded trade in that country over the last 30 years, especially in labor-intensive exports such as clothing. It also led to an increase in the number of women employed in the formal sector.

How did Lesotho do it?

• First, it imposed import quotas on clothing originating from markets in Asia, the United States and the European Union;

• Second, Lesotho’s textile products are a major beneficiary of the US African Growth and Opportunity Act (AGOA) of 2000, a law that allows African exports into the US duty-free;

• Third, Lesotho increased its exports to the US by taking advantage of a clause that permits AGOA-eligible countries to source fabrics from third-party countries such as China.

These policies have had a major positive impact on Lesotho’s women traders.

The clothing industry is Lesotho’s biggest employer, with women making up the bulk of the work force. “Trade-led developments have created a large number of new jobs for underprivileged, relatively unskilled women who would otherwise have little chance of being formally employed,” says UNCTAD.

Lesothian women holding formal jobs have access to health programmes, and those living with HIV receive free care and treatment.

Yet while Lesotho’s garment sector is providing jobs for women, it is also contributing to new patterns of inequality and vulnerability.

Wages in the textile and apparel sectors are low. Workers earn only between $5 and $100 per month, despite having access to medical benefits. In the face of the high cost of living, these wages are enough to cover only the basic necessities, and do not enable workers to save for small business activities.

Also, Lesothian women are particularly vulnerable to external shocks and changes in the international trade system.

If the apparel factories were to shut down, it would be disproportionately difficult for women workers to relocate. This is because women tend to face more obstacles in labor mobility due to discriminatory social and cultural practices such as limited access to education, technology and financial resources, according to UNCTAD.

Economies that depend on a single commodity are vulnerable to external shocks, which in turn affect women. UNCTAD says oil-producing countries have not diversified their economies.

Angola’s economy, which is primarily extractive, has not created enough jobs to absorb the female work force. According to the trade agency, a lack of progress in diversifying the Angolan economy has confined women to low-productivity jobs.

Unlike in Lesotho, trade liberalisation in Angola has not produced export-oriented manufacturing jobs, and hence few women have joined the manufacturing sector, where they make up only 17% of the total work force.

To improve the plight of women, African governments must enact policies that remove the constraints they face as traders, experts advise.

The UN Inter-Agency Network on Women and Gender Equality proposes three such policies. First, governments must provide female workers with the necessary skills and access to information. Second, they must pass legislation on labour standards and working conditions to eliminate the exploitation of female workers. And third, they must formulate social and labour policies that support equal household responsibilities.

There is no doubt that significant gender gaps exist in many sectors. UNCTAD recommends using trade as an “enabler” for future development. With the right policies, women traders could be motivated to contribute even more towards Africa’s development.