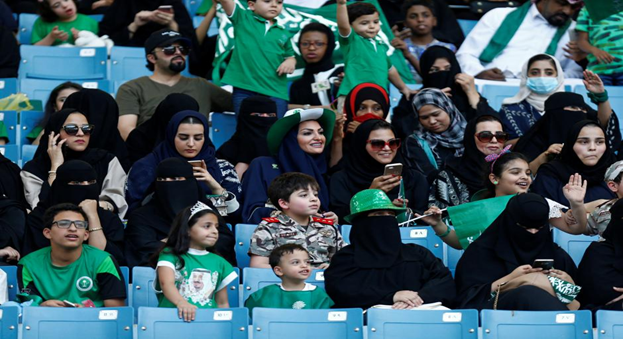 Women in Saudi Arabia for the first time have been granted access into the stadium to watch sporting activities. Stadiums, prior to this time were accessed by only the male folks.

The conservative Sunni Muslim kingdom which is undergoing series of reforms also recently granted women the right to drive.

The Saudi Press Agency late on Sunday announced that the Jeddah stadium, Dammam stadium and Riyadh stadium were being prepared to accommodate families in early 2018.

A 29-year-old fitness instructor in the city of Khobar, Sarah Alhelal said “It means something for me. It is not only because of watching sports — we have gained some of our rights now,”.