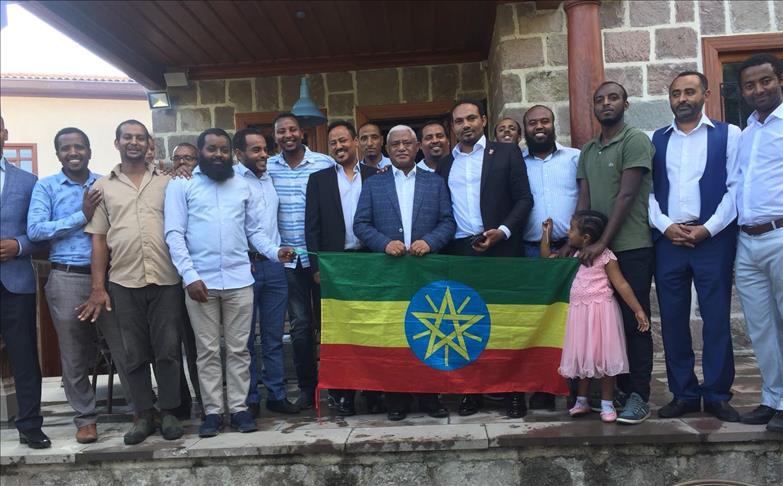 The Association of Ethiopian Students in Turkey (AEST) organized a ceremony to appreciate the distinguished Ayalew Gobeze for his extraordinary service.

The ceremony started with a speech from Idris Buta, the student group’s vice president, followed by the Ambassador’s and other members of the Association.

The Ambassador said his tenure was a successful one, adding that he loved his time in Turkey, where he has served since 2014.

“The students are the real Ambassadors here, they always help the embassy to avoid language barriers as they are fluent in Turkish. “They are also doing a great job being a bridge in the cultural and economic relationships of the two countries, and more.”

He also praised the recent reforms in Ethiopia under the leadership of Prime Minister Abiy Ahmed, saying he hopes they will help the students contribute more to both their country and to Turkey.

“The trade volume between the two countries has increased in recent years to $300 million. Turkish companies in Ethiopia have also created job opportunities for around 30,000 locals.”