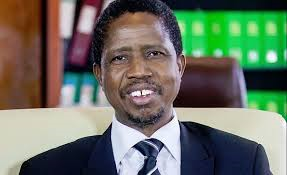 Zambia President Edgar Lungu, has recently reaffirmed his commitment to ensuring 40 per cent women representation in various elective positions as the country heads to the polls on August 11.
Mr Lungu said women should rise to the occasion and position themselves to take up leadership and other decision-making positions.
His special assistant for Press and public relations, Amos Chanda stated that the Head of State said this during a closed-door meeting with Mozambican Speaker of the National Assembly, Veronica Dlhovo.
President Lungu said he was happy that Mozambique had a female Speaker of the National Assembly and congratulated her for the achievement.
Mr Lungu discussed a number of bilateral issues with Ms Dlhovo who thanked Zambia for her efforts in the liberation struggle and ending civil war in that country.
During the meeting, the president also emphasised the need to increase and enhance trade between the two countries through improved transportation in the Nacala Corridor.
He noted the importance of bilateral engagements on peace and security in the two countries and commended Mozambique for its efforts in steering the SADC troika.
During a colourful State banquet hosted in his honour by Mozambican President Filipe Nyusi at State House, as part of his two-day visit which was targeted to improve relations with the neighbouring country, the Mozambican leader denounced unconstitutional practices such as greed for power and others that undermined democracy.
He wished Zambia a successful hosting of the August general elections and that it should continue as a shining example for peaceful hosting and transition of power.