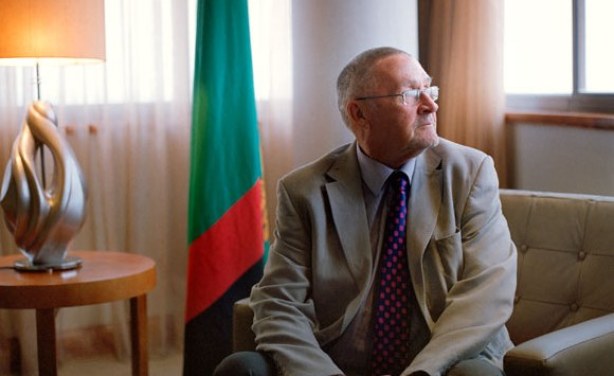 Patriotic Front president Edgar Chagwa Lungu and Acting President Dr. Guy Lindsay Scott have struck some cosmetic reconciliation and have put their deep differences behind pledging to work together.

Emmanuel Mwamba reports that in a meeting brokered by Northmead Assemblies of God Bishop Dr. Joshua Banda, Edgar Lungu and Guy Scott agreed that they will be together at the Supreme Court today during the filing of presidential nominations by PF President Edgar Chagwa Lungu.

The meeting was held at State House in the evenings of Friday 19th September 2014.

Dr. Scott is expected to lead the 200 voter supporters that will file together with Lungu as an act of reconciliation.

A Press Briefing will be held on Saturday 20th December 2014 at Government House that will be addressed by Harry Kalaba and Geoffrey Bwalya Mwamba to discuss the development.