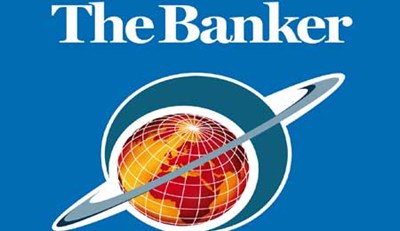 Nine Nigerian banks have been ranked among the 1000 global banks by The Banker magazine in London.

According to a statement from The Banker on Monday, Zenith Bank was ranked number one among Nigeria’s top banks in terms of tier-1 capital, but sixth in Africa with a capital of $3.162 billion.

Next in the ranking was GTBank which came fourth in Nigeria and 13th in Africa. The Banker report also placed Access Bank on the fifth position in Nigeria but 15th in Africa with a capital base of $1.398 billion.

The statement explained that: “Nigeria’s banks endured a difficult close to 2014, as the significant slump in oil prices caused havoc with the country’s economy. Zenith Bank has held its position as the sixth largest bank in Africa, and First Bank of Nigeria has risen from 424th to 371st on the global list. However, Nigeria’s Guaranty Trust Bank has dropped from 415th to 449th, with its capital base decreasing from $1.95 billion to $1.78 billion.

“Access Bank, Fidelity Bank and United Bank for Africa have also slipped down the rankings, though Diamond Bank joins the African top 25 at 579th in the global rankings.”

It further said: “The difficulties of the South African economy are reflected in its banks’ performances in the 2015 Top 1000 ranking, but elsewhere there is good news for Togo’s Ecobank and FirstBank of Nigeria.”

The statement also noted that: “For South Africa’s banking sector, the largest in Africa, 2014 passed in a similar vein to 2013 – both years were dominated by the weak performance of the national economy and the ensuing volatility of the rand. In 2013, the rand lost 13 per cent of its value against the dollar, and though 2014 did not see another rapid depreciation, rand volatility remained high. This hampered the ability of South Africa’s banks to improve their capital adequacy.

“Standard Bank remains the continent’s largest bank, though it has dropped from 116th to 123rd in the overall ranking and its tier-1 capital has fallen slightly from $10.56 billion to $10.18 billion. FirstRand has held its regional ranking position and increased its capital slightly, but Nedbank Group has dropped from 195th position to 216th and has seen its capital base drop to $4.76 billion, from $5.11 billion. Barclays Africa Group, previously known as Absa Group, would have come third in the African rankings with a tier-1 capital base of $6.09 billion, but is excluded from the main ranking as it is a subsidiary of the UK’s Barclays.”