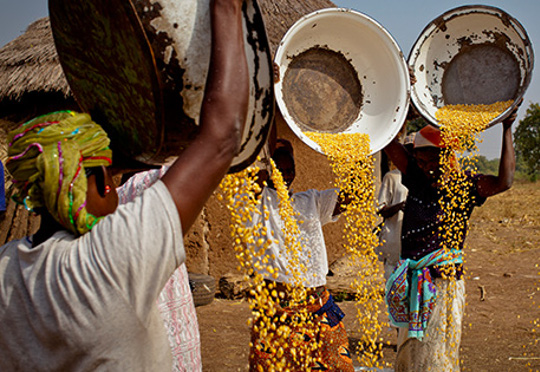 The Zimbabwe Agricultural Development Trust (ZADT) has disbursed $87,5 million to almost 530,000 small-holder farmers and agribusinesses, as it seeks to boost their operations.

Of the beneficiaries, 26 percent were women, which is in tandem with Government’s drive to economically empower them. The funds were disbursed between 2012 and August 31 this year.

ZADT chief executive officer Godfrey Chinoera told delegates at an agricultural stakeholders’ conference in Harare recently that the funds were accessed either directly through participating microfinance institutions (MFIs) and banks or indirectly through value chain actors.

Said Mr. Chinoera: “The objective of the fund is to impact the lives of smallholder farmers that are engaged in commercial activities and see how they can be uplifted and how they can break through barriers that keep them mostly as subsistence farmers.”

The revolving fund commenced in 2012 with a seed capital of $3,8 million provided by donor partners who include Danish International Development Agency (Danida), the Department for International Development (DFID) and the Ford Foundation. The fund has now grown to $37,6 million and supports all farming activities and value chain sectors apart from cotton and tobacco.

Some of the projects that benefited from the funds include sugar beans cropping in Gwanda, potatoes (Nyanga), Sesame (Chipinge), Michigan pea beans (Honde Valley), paprika (Chiendambuya) and green maize in (Makoni). Smallholder farmers previously had challenges accessing loans due to lack of collateral, but ZADT has partnered CBZ, which has introduced a new de-risking intervention in the form of a structuring and risk-sharing facility arrangement.

The arrangement enables the bank to mobilize private funds through deposits and other lines of credit, and advance them to smallholder farmers, SMEs and agricultural value chain actors.

Mr. Zakariya called for a mindset change, particularly the framing of smallholder farmers as associated with high risk and low productivity. He said access to affordable financing, training and investment in value addition ventures, was central to transforming smallholder farmers’ output.

ZADT, which is providing loans for working capital, capital expenditure, access to clean technology and climate-smart agriculture, is now broadening its portfolio to include technical assistance. This is aimed at ensuring the success of smallholder farmers, SME agribusinesses and value chain actors.