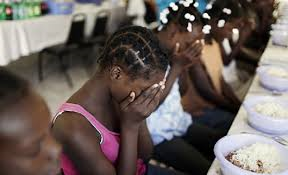 Fifteen Zimbabwean women have recently been brought home from Kuwait by the government in collaboration with the Ministry of Foreign Affairs, after been lured abroad and forced into domestic slavery.

President Robert Mugabe’s government has warned Zimbabweans to be “extremely circumspect” before accepting job offers abroad after reports that up to 200 women have been trafficked to Kuwait and forced into domestic slavery.

“Anything which seems to be too good to be true cannot be true,” the Ministry of Foreign Affairs said.

Reports earlier this month said seven Zimbabweans had appeared in court in Harare over allegations they were human traffickers who promised young women paid jobs as waitresses or housemaids in Kuwait. There may have been up to 200 of them in recent months who on arriving Kuwait, found that they were “virtually household slaves”.

The state-controlled Sunday Mail last week spoke to one of the stranded women via Whatsapp. The woman told the paper that an agent was demanding 3000 US dollars from her family before she would be allowed to return home.

“We are not being given enough food here and we are harassed and beaten all the time,” the woman told the paper.

She said she traveled to Kuwait on January 28.

Trafficking agents are believed to be recruiting women in hair salons while they get their hair done.