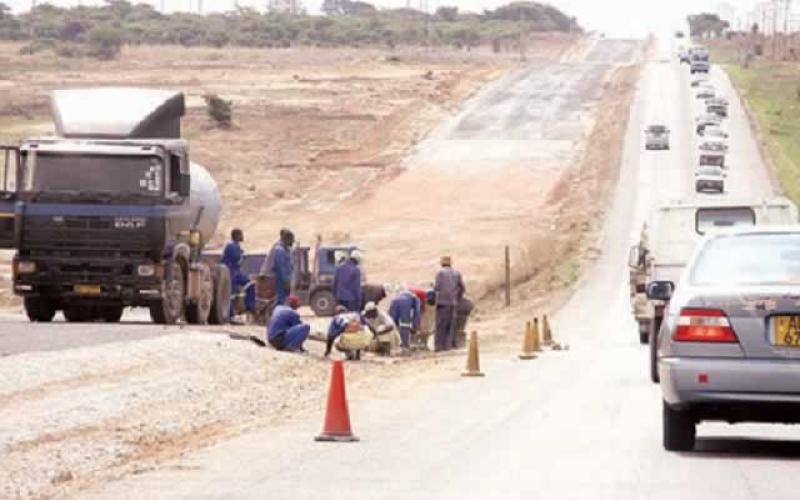 Construction of the Harare-Beitbridge highway is set to start next April after government on Wednesday signed an agreement with the Austrian contractor Geiger international.

The highway is Zimbabwe’s busiest and most economically significant, and is part of the North-South Corridor that directly links landlocked Zimbabwe and Zambia with access to the Indian Ocean ports of Durban and Richards Bay in South Africa.

The project is expected to take up to 3 years.

Transport Minister Jorum Gumbo on Wednesday told Journalists that the Beitbridge-Harare leg of the project would be implemented under a 25-year Build Operate Transfer (BOT) model, with Geiger International funding the entire $984 million project.

The Harare-Chirundu portion will be implemented under a different loan facility arrangement which Gumbo said is expected be completed by mid-year 2017.

Gumbo said government was satisfied with the cost of the project which falls within the ballpark of an earlier study.

“As government we are convinced that the cost of the project is fair based on the feasibility study that was done by Stewart Scott International, through an international tender funded by DBSA in 2013, which estimated the cost between $900 million and $1,2 billion,” he said.

“The scope of the work covered by this cost includes full dualisation of the road, including widening and rehabilitation of the existing road. Also included is the cost of construction of 37 new two lane bridges and 8 toll gates.”

In terms of the contract, at least 40 percent of the value of the project will be sub-contracted to local companies.

The Beitbridge highway has been in use for over 55 years, way beyond its design life of 20 years. Efforts to rehabilitate the highway, whose state of disrepair has cost many lives in traffic accidents, have been held back by claims of corruption and bribery.

However, the project never took off as bickering erupted between the government and the consortium. Government accused the contractors of failing to put up the money for the project, while Zimhighways accused government officials of demanding bribes.

In 2013, after government announced plans to hand the project to a new contractor, citing Zimhighways’ failure to start the project, the consortium took the government to court. It only dropped its lawsuit in 2015, allowing government to float a new tender.