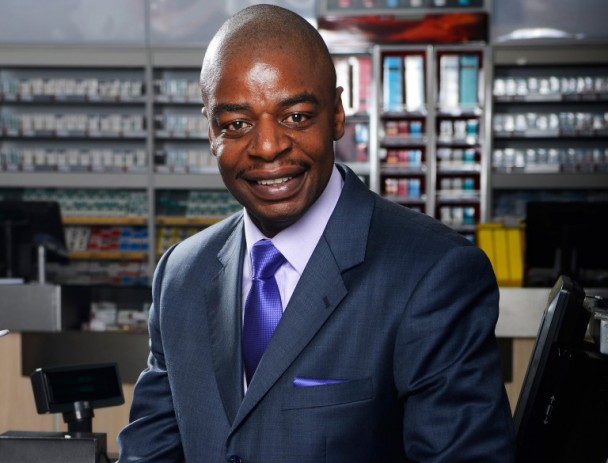 By Barnabas Thondhlana| Contributor
“I am an entrepreneur with wide-ranging experience in management consulting, retail, tobacco, property development, foundries, mining, fuel, lubricants, beverages, insurance and general manufacturing,” is how Adam Molai (44), chairman of Savannah Tobacco, Zimbabwe’s fastest growing tobacco companies, describes himself.
Molai’s little known Savannah Tobacco has given global conglomerate, British American Tobacco Zimbabwe (Batz), a run for their money in virtually every sense.
Molai, who can be likened to the biblical David in terms of stature in the tobacco industry, has seemingly taken on the big Goliath of the market, Batz.
What started out as a tobacco threshing plant 10 years ago has become a cigarette manufacturing company that global giants, Batz, worry about.
Today the company produces a selection of competitive cigarette brands such as Pacific Storm, which is popular with smokers and rivals Bat’s premier brand, Madison.
Most recently Molai made a deal with Indian billionaire Ravi Jaipuria, to build a $30 million Pepsi bottling plant in Zimbabwe.
But who is Adam Molai.
“I served my articles with Ernst and Young in Zimbabwe, before proceeding to the University of Buckingham in the UK where I studied business management.  I hold degrees in Business Studies and Commerce from the University of Buckingham in England and Lakehead University in Ontario, Canada.
“In my schooling in the UK and Canada, my eyes were gradually opened to the main reason why the West was so developed and Africa was lagging behind,” he says.
“It is purely a matter of value addition.  Africa owns and sells a huge portion of raw materials which are sold to the West.  In return, the West creates industries that refine these raw materials, beneficiates them and makes value added finished products.  These are then sold back to us at huge multiples of what we sold them for.
“Nowhere was this more evident than in Zimbabwe, where the tobacco industry was controlled by global multinationals.
“I asked myself why we are the growers of the world’s finest tobacco and yet we are unable to make the finished product locally.  After much research and consultation, we set about establishing the means to make cigarettes,” he says.
In 2002, together with partners, Molai started the first contract growing scheme in Zimbabwe, thereby opening up the tobacco industry to 85000 indigenous farmers, giving birth to Savannah Tobacco.
In December of 2003, equipment consisting of a KDF Filter maker, a Protos 80 cigarette maker and a Metro cigarette packer arrived at the company’s factory and the first brand, Pacific Blue, was launched on the market in 2004.
This was quickly followed by the launch of Pacific Storm and Pacific Mist in 2005 and Pacific Breeze in 2006.  The Pegasus range was launched in 2007 and the Branson range was then also launched in 2009.
Savanna Tobacco is one of only two significant black-owned cigarette manufacturers in Africa, south of the Sahara.
Asked what his vision was for the company, Molai said: “I would like to see Savana achieve its objective of becoming a world-wide organisation with long term brands of international quality and repute.
“More specifically, we want to be the second biggest cigarette manufacturer in Africa by 2020,” he says.
Savanna Tobacco has started increasing its regional foot print with joint ventures in Mozambique and Zambia.  It continues to seek opportunities to grow in the continent and beyond.
Molai is also chairman of Dharwizi Transport, Zimbabwe’s largest liquid logistics company, and Colovane Enterprises, a distributor of Fuchs lubricants in Zimbabwe, Mozambique and Zambia, and also a partner in Pepsi Zimbabwe.
“On the regional inroads, Fuchs has developed into Zambia and Mozambique and Dharwizi into Zambia and DRC,” he says.
Asked what new ventures he has lined up, Molai says as an entrepreneur, he is always on the look-out for business opportunities to exploit market gaps, create value and make money.
“Of course value creation is about creating employment, servicing unmet needs and helping the community improve through developing entrepreneurialism and sustainable/profitable ventures.  The true entrepreneur seeks challenges; money and profit are by products.”
Turning to his vision for Zimbabwe, Molai says culturally, people need to be more supportive of each other as Zimbabweans in business.
“My vision is to see investment in Zimbabweans. Investing in our citizens, empowering our people, creating employment for them and helping them create employment for others through entrepreneurial opportunities.  So that this becomes a nation of producers, owners and employers and not employees.  I don’t believe there is a country with so much abundant human and natural resources as Zimbabwe.”
Molai has evolved from being one of the guinea pigs for Zimbabwe’s racial integration programmes – where in 1978 he was one of the first black students in a school that was previously reserved for whites – to being one of the continent’s fast-rising businessmen.
But what challenges does he face.
“I face the challenge that any normal person has,” he says. “How do I continuously improve myself, provide for my family, and make a positive contribution to the lives of those around me.
“As human beings, we all face the same challenges and obstacles to the lives we desire. To overcome these hurdles, we can only clarify our visions, improve ourselves, maximise our potential and live lasting legacies for those to come.”
Molai is married to President Robert Mugabe‘s niece, Sandra Molai.
His political connections have given rise to speculation that his meteoric rise in business had political assistance.
“If anything,” Molai says, “being related to a political figure has been extremely difficult because you are found guilty of crimes you have not committed in the school of public opinion. There’s always an impression that you can’t have done this other than through some political favours.
“I do not have a single company that has been a beneficiary of any government tenders and have never felt that tenderpreneurship is entrepreneurship.”
Although he is regularly listed among Zimbabwe’s richest, his net worth is still a closely guarded secret.