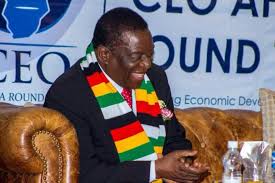 President Emmerson Mnangagwa of Zimbabwe yesterday inaugurated Davipel Group of Companies, an indigenous agro-processing company in Harare. The company consists of two entities – Davipel, which is into the manufacturing of corn snack and Agri-Milling, which is into maize-meal, stock feed and raw material production.

“I would like to commend the Davipel Group for this milestone achievement, which I am hopeful will be exemplary to other industrialists and will create more employment for our people…This new manufacturing facility is reflective of the confidence the directors have in our trade and investment climate. I am convinced that it will be an inspiration to other growing companies that business can thrive in this country and that Zimbabwe is indeed open for business,” President Mnangagwa said.

He praised the company for investing in a milling plant which is the first of its kind in Zimbabwe.

“I commend Davipel for its ingenuity which saw an additional investment in a milling plant which is the first of its kind in the country and will produce feedstock to the processing plant. It is pleasing to note that we have indigenous companies who have grasped the value addition, beneficiation and import substitution concepts. We need to value add and beneficiate our produce and desist from selling unfinished or semi-finished goods,”

The managing director of Davipel, Mr Davision Norupiri, said their goal is to be the most successful snack manufacturing company in the Sadc region.