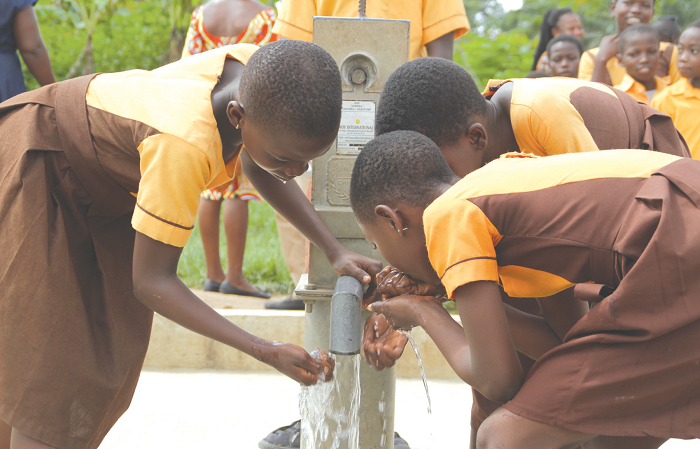 A clean water project which will cost up to $20 million has been awarded by the Chinese government to some regions in Ghana. The agreement for this project was signed in 2015 between the Chinese government and Ghana but construction started in 2016 to be completed in this year, as was scheduled. The regions to benefit from this project are Eastern, Western, Volta, Northern, Brong Ahafo and Upper East.

According to Mr. Huang Xiang Zhou who is the project manager of Zhongmei Engineering Group Limited while talking to journalists after inspecting some of the boreholes in the Eastern Region pointed out that the list of benefiting communities were provided by the Ghanaian government.

In his statement, “Each region got about 160 boreholes and the local people cooperated very well with us to finish the project. We appreciate that and we say thank you to them for their cooperation and help.” This project has aided in employing about hundred (100) Ghanaians in a statement released by Mr. Huang. He further stated that this project is proof that the relationship between the Chinese government and that of their Ghanaian counterparts is very cordial.

Some residents of the benefiting communities expressed happiness and appreciation to their benefactors for the support, saying the provision of potable water all year round had not only helped them cut short long distances to streams to fetch untreated water, but had also improved school attendance and socio-economic life in their respective communities. The communities that were visited include: Nana Boame near Teacher Mante, off the Accra-Nsawam road in the Ayensua District, Asuboi in the Kraboa-Coaltar District, Santromor No. 1 in the Suhum District and Dago in the Akwapim South District. They described the construction of these boreholes as a great development.