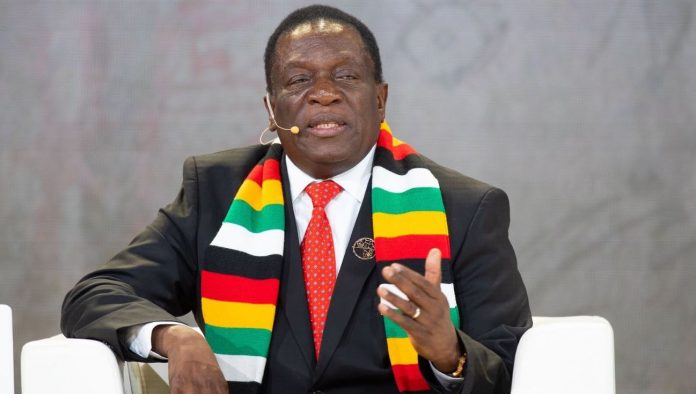 The President of Zimbabwe, President Mnangagwa, has revealed the country’s target to achieve a green economy by 2030 with major climate change issues mainstreamed in all sectors of the economy to be dealt with.

President Mnangagwa disclosed this in a virtual address with stakeholders and leaders to dialogue the impact of Covid-19 on the climate change mitigation report. The dialogue which was organized by the African Development Bank (AfDB) and the Global Centre for Adaptation had and several Heads of States and Governments from the continent in attendance, alongside other participants from UN agencies and multilateral institutions.

Noting that climate change was irreversible, the President called for measures to mitigate its effects and adapt to the ever-changing environment being created. Discussing efforts being made in his country, he said:

“In the case of Zimbabwe, an ambitious target has been set to green the economy by 2030 whilst climate change, adaptation, and resilience have been mainstreamed in all sectors.

“In addition, the country has a long-term low emission development strategy which provides a range of options to contribute in the climate change goal of limiting the global temperature increase”

President Mnangagwa also revealed that investments in climate-proof agriculture, water harvesting infrastructure, and renewable energy presently formed a priority for most nations on the continent, hence he called for national adaptation programs to be complemented by the mobilization of additional resources to enable countries to recover from Covid-19 related economic growth slippages. Following this, according to him, it is imperative that governments across adapt, innovate and find consensus at regional, continental and global levels to deal with the current stock of atmospheric carbon.