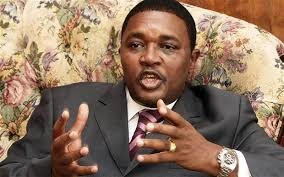 The Zimbabwe Government has said that it is working on a framework that will brand Zimbabwe as a tourist, trade and investment destination as it moves to attract foreign investors.
This framework involves the Ministries of Tourism and Hospitality Industry, Industry and Commerce and Finance and Economic Development.
Spearheaded by the Tourism and Hospitality ministry, the concept is being drafted by its Nation Branding, Communication and Business Development department.
Tourism and Hospitality Minister Walter Mzembi stated that the idea of nation branding sought to create a witness into the country who can then go and report back to their respective countries.
“We are working on an investment strategy under the acronym “Visit, Trade and Invest”, implying that no one will trade or make an investment unless they have visited. This approach seeks to motivate and incentivise travel into Zimbabwe to a very large extent so that we create a witness programme, people that are visiting for leisure, religious purposes or cultural purposes, for trade and investment,” Mzembi said.
“Because many people come here for reasons outside business, they do not go back with the story on trade and investment. So even if you come for leisure, you should go back well-equipped with trade and investment information about the country.”
He said the three ministries were mounting a concerted effort to reduce fragmentation in the trade, tourism and investment sectors.
Nation branding is a strategy involving the management of a country’s national, regional, and international reputation to better represent the current reality and future aspirations of a country among target audiences.
It is proposed that going forward, Zimbabwe would address its nation branding project under three clusters — economic, social and political.
Each cluster would be addressed in stages, the economic under the campaign Visit-Trade- Investment for this year, social under the banner “Pride of Zimbabwe” for 2017-2018, and political under “None but Ourselves” in 2019.
ZimTrade Chief Executive Officer Sithembile Pilime said nation branding was critical and essential to increase exports.
“Nation branding is critical and essential for Zimbabwe. Nation branding helps a great deal in growing Zimbabwe’s exports. If we do not brand ourselves, others will and the risk is that it might have negative consequences on the country,” Pilime said.
Foreign direct investment (FDI) inflows to Zimbabwe are expected to surpass $1 billion this year on the back of deals signed with Chinese, Russian and Indian investors — according to a latest report from the Ministry of Macro-economic Planning and Investment Promotion.