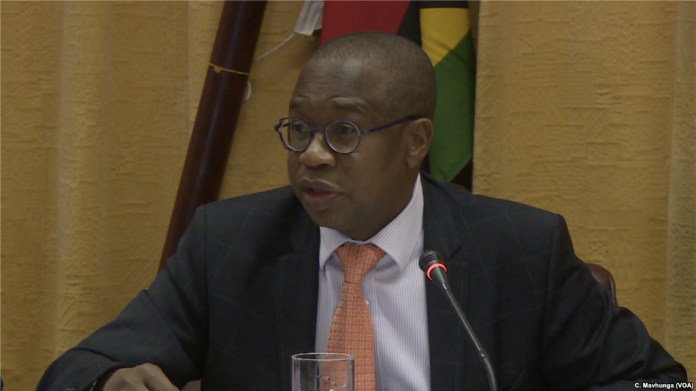 Zimbabwe’s finance minister has unveiled the country’s 2019 budget. Mthuli Ncube says the plan should help restore the economy of the southern African nation after years of recession.

“Madam Speaker, ma’am, in conclusion, this budget should mark a turning point towards realizing the country’s vision 2030, as austerity will lead us to prosperity,” Ncube said. “To quote the philosopher, Immanuel Kant, “We are rich not by what we possess, but by what we can do without.” I now commend the 2019 national budget to this august house. I thank you.”

Finance Minister Mthuli Ncube said the budget marked a step toward Zimbabwe attaining its vision of an “upper middle-income country by 2030.”

He said Zimbabwe was working toward retiring its ever ballooning debt, which now stands at about $10 billion.

“So in spite of all the positive things he might have done, the elephant in the room, which is going to destabilize the economy, is the mismatch between the bonneted and the foreign currency, which will continue to result in increased prices,” Ncube said.

Zimbabwe has been printing bond notes for the past two years, since abandoning its dollar in 2009, after years of hyperinflation. The country has been without an official currency and relied on U.S. dollars, the British pound and South African rand to conduct transactions.

In the past three years, however, all three currencies have been hard to find, paralyzing the economy and forcing the country to rely on the bond notes that were supposed to trade at par with the U.S. dollar.

On the black market, a dollar is now worth more than three bond notes.

Before becoming finance minister in September, Ncube had indicated he would prefer dropping the notes and adopting the South African rand, but he did not mention replacing them in his presentation.