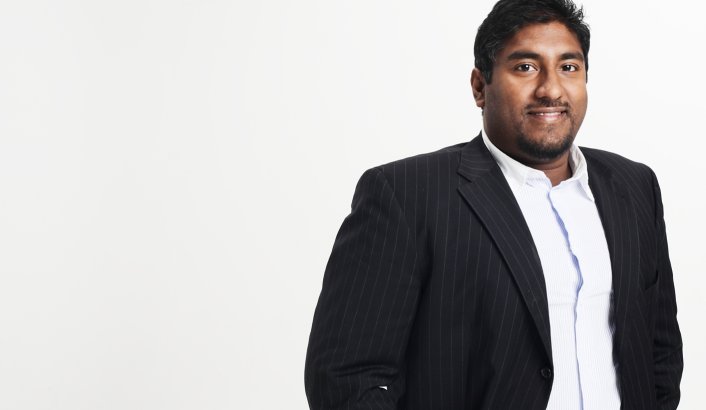 The number of millionaires springing up from digital ventures has grown tremendously in the past two decades, as the world increasingly embrace the potential of knowledge technologies, information and social media to produce economic benefits , employment and enable globalisation. From Mark Zuckerberg to Sergey Brin, Lawrence E. Page and YouTube partners: Steve Chen, Chad Hurley and Jawed Karim, the world has witnessed a new breed of entrepreneurs who have charted a new course in business while making a fortune at it. The good news – Africa is not lagging behind. Innovative minds in the motherland have cited and exploited opportunities in the knowledge economy, which has become more prominent as the internet usage and importance increased over the years. In this article, Ventures Africa shortlists, in no respective order, 10 Africans who have successfully amassed fortunes from founding million dollar internet companies.

South Africa’s Vinny Lingham is the founder of the popular free web building, publishing and hosting services site Yola Inc (previously named SynthaSite) based in San Francisco. Yola has attracted over $30 million in venture capital financing from investors such as Columbus Venture Capital and plays host to over 3 million active users across the globe.

Prior to Yola, Lingham founded Click-2-Customers, a hugely successful search engine marketing company with offices in London, Cape Town, and Los Angeles that rakes in about $100 million in annual revenues.

Shuttleworth also founded and funds Ubuntu, a computer operating system which he distributes as free open source software. He has a reported net worth of $500 million.

Njeri Rionge is the co-founder of Wananchi Online – a leading Internet service provider which has gone on to become East Africa’s leading cable, broadband and IP (Internet-based) Phone Company.

Dubbed ‘one of Kenya’s most successful serial entrepreneurs’, she succeeded in turning a $500,000 start up to into East Africa’s top internet firm valued at $175 million dollar.

“Wanachi was a roller coaster ride in which we sought to challenge the assumption of regulators, the government officials and competitors that the Internet was not only relevant for the elite.” The Business woman told forbes in an interview.

The internet providing company became hugely successful that it rose close to $60 million in growth capital from a consortium private equity firm.

The Nigerian Internet entrepreneur is the founder of Iroko TV – the world’s largest digital distributor of African movies. Iroko TV was labeled the ‘Netflix of Africa’ according to forbes.

Analysts believe IrokoTV could be worth an estimated $30 million and CEO Njoku is the company’s largest individual shareholder.

Born to a South African father and Canadian mother, Elon Musk is the co-founder of ecommerce payment system Paypal.

In March 2002, Musk co-founded X.com, a financial services and email payments company. One year later, x.com acquired Confinity – originally a company formed to beam money between Palm Pilots – and the combined entity focused on email payments through the PayPal domain, acquired as part of Confinity.

In February 2001, X.com changed its legal name to PayPal. In October 2002, PayPal was acquired by eBay for US$1.5 billion in a stock deal. Before its sale, Musk, the company’s largest shareholder, owned 11.7% of PayPal’s shares.

The business mogul is also known for founding Space Exploration Technologies or SpaceX – the first private company to launch a rocket into space – and for founding Tesla Motors, an electric car company.

Heunis is the CEO and founder of South African social networking site MXit – a free online instant messenger that runs on close to 3000 mobile handsets. Last year, Heunis sold the company to World of Avatar for around $61 million. The site is a phenomenon in South Africa, and now has close to 40 million users in more than 120 countries – with 40,000 new subscribers joining daily, it is fast emerging as the biggest instant messaging service in South Africa and Indonesia.

After dropping out of high school he set up an internet security company which eventually flopped, but when he came across ESET – a Slovakian anti-virus software package, he negotiated with its manufacturers and acquired the exclusive, lucrative Southern African distribution rights for the product.

Stanford’s ESET Southern Africa presently operates the ESET brand in the region and sells ESET’s range of internet security products in about 20 sub-Saharan countries, recording over $10 million in annual turnover while controlling 5 percent of the anti-virus market in Southern Africa region.

Stanford also co-founded the Silicon Cape Initiative with Vinny Lingham – an IT business networking NGO that assists individuals with ICT ideas and start-up entrepreneurs to navigate the many drawbacks associated with the industry.

Adii Pienaar is the Founder of Woothemes, one of the world’s most popular premium wordpress theme companies.

Working virtually with partners worldwide, Adii built Woothemes into a multi-million dollar business, generating over $2 million in annual revenues from the sale of its themes.

The company also sells themes for other content management systems including Tumblr. Adii recently wrote a book titled ”Rockstar Business”, detailing his experience as an entrepreneur.

The South African-based Private Property Holdings and Kenyan Cheki Africa Media merged their businesses to form One Africa Media which operates in three economic hubs covering East, South and West Africa. The company has five brands, namelyPrivateProperty, Cheki, Jobberman, BrighterMonday and SafariNow. These brands are longest-established brands in Africa in their segments and have started to turn in revenues. Its majority shareholder is New York-based investment Manager, Tiger Global.

Craft Silicon has an office in Silicon Valley — in Palo Alto, California – one of the very few Kenyan companies to achieve such a feat.

The software company has a $50 million market value, raking in annual revenue of $6 million.