Power and drive are two things business leaders seem to have in common. Add an uncommon determination to succeed, and the extraordinary that pushes them to surpass expectations and do things others have not thought, or found the wit to do then you might might probably have all the ingredients that these geniuses embody.

Across the globe, entrepreneurs and business leaders are marked by their enviable managerial skills and intellectual capacity which they demonstrate. No wonder when they as much as cough everyone pays apt attention: that split-second action of opening their lips could be some kind of code unlocking the next billion dollar opportunity.

In the Africa, the story is the same. From Cape to Cairo via Nairobi and the busy ports of Lagos, Africa has it fair share of dynamic business leaders who have not just built world-class businesses, but have positioned the continent’s economies for unprecedented growth and development. Ventures Africa takes a look at 21 ‘words of wisdom’ from some of Africa’s billionaire businessmen.

Johann Rupert is one of South Africa’s richest people with an approximate net worth of $6.6 billion. Johann serves as Chairman of Richemont, Swiss -based luxury-goods company, as well as of Remgro, South Africa-based company. However, Rupert’s wealth has grown an astonishing 30% recently, after he upgraded fortunes of his Swiss-based luxury goods outfit, Compagnie Financiere Richemont.

Quote: ‘‘I just want to be master of my own time. It is ironic that someone in the watch business should not be in control of his own time.’’

Christoffel Wiese is a veteran business leader from South Africa with a net worth of $3.5 billion. Wiese is one of the richest people in South Africa. Christoeffel Wiese serves as Chairman and the largest single shareholder of Shoprite, Africa’s biggest retailer, low-priced supermarket chain. He is also the Executive Chairman of Pepkor, a chain of discount clothes, shoes and textiles, where he holds a large stake.

Quote: ‘‘Who else could have built a company we bought for R1 million into a company worth more than R100 billion today. To run a company with more than 100,000 employees in 17 countries, you have to be able to think on your feet.’’

Mike Adenuga is a Nigerian business magnate whose net worth is estimated at $4.7 billion according to Forbes. Some quarters believe he is worth more than that. In 2006, he founded Globacom, the second largest mobile phone network in Nigeria. With over 24 million customers in Nigeria, the company also operates in the Republic of Benin, where it recently acquired licenses to start businesses in Ghana and the Ivory Coast. Adenuga’s Conoil Producing is considered to be one of the largest independent exploration companies in Nigeria, with a production capacity of 100,000 barrels of oil per day

Quote: ‘‘The harder you work, the luckier you get’’.

Mohammed Ibrahim is a mobile communications entrepreneur. He is a respected international philanthropist, who is credited with ‘transforming the continent’ and is thought to be the ‘most powerful black man in Britain’. In 2007, he launched the Mo Ibrahim Prize for Achievement in African Leadership, which awards an initial prize of $5 million and an annual life payment of $200,000 to African Heads-of-State awardees. Past recipients include: Mr Mandela, who was awarded an honorary Ibrahim Prize for Achievement in African Leadership, President Pedro Pires, President Festus Mogae and President Joaquim Chissano.

Quote: ‘‘What do you do if you are an executive who resigns? You declare yourself a consultant’’.

Nigeria’s Aliko Dangote is an industrialist currently worth $20 billion. He founded the Dangote Group which controls much of Nigeria’s commodities trade. This business magnate and philanthropist referred to as ‘‘the golden child of Nigerian business circle’’ once drove a taxi cab on the streets of London to fund his education, three decades later, his consortium now spans across many sectors of the Nigerian economy and is expanding to the rest of Africa. He has retained his position as Africa’s richest man for the 3rd year in a row.

Quote: ‘‘If you give me $5 billion today, I will invest everything here in Nigeria. Let us put our heads together and work’’.

Sawiris is a business man and politician. He was the executive chairman of the telecommunications companies Wind Telecom and Orascom Telecom Holding (OTH) before turning to politics in May 2017. OTH launched the first mobile operator in Egypt, Mobnil in 1998.

Quote: ‘‘I can tell you that I won’t sell Mobnil, they think because of this boycott, that I will get fed up and sell, it’s not in my character… I am not a quitter’’.

Stephen Saad is a South African billionaire whose net worth is estimated at $1 billion. He is the co-founder of Aspen Pharmacare, South Africa’s leading publicly-traded drug manufacturer on the Johannesburg Stock Exchange

Quote: ‘‘In Life, you don’t get anywhere or do anything you hope to without some sort of sacrifice’’.

Isabel dos Santos is Angolan businesswoman who has a net worth of $2 billion. Isabel who best known as the oldest daughter of Angola’s President José Eduardo dos Santos, was named Angola’s first billionaire and the richest woman in Africa as of March 2013. In 1977, 24 year old Isabel started her first business, i.e., a restaurant called Miami Beach in Luanda, the country’s capital.

Quote: ‘‘I think there are a lot of people with family connections but who are actually nowhere. If you are hardworking and determined, you will make it and that’s the bottom line. I don’t believe in an easy way through’’.

Quote: ‘‘One has to set high standards… I can never be happy with mediocre performance’’.

Miloud Chaabi is a business tycoon with an estimated net worth of $2.1 billion placing him as the richest person in Morocco. Chaabi began working as a farmer and goat herder in his early teens. He eventually saved up enough money to move to Kenitra. He launched his first construction company, Ynna Holdings, in the late 40s. He grew Ynna Holdings from a construction firm into the ownership firm of hotels, supermarkets, and renewable energy, among other holdings. He owns the Riad Mogador hotel chain and the Aswak Assalam chain of supermarkets. He also runs one of Morocco’s most prolific charity groups, the Miloud Chaabi Foundation

Quote: ‘‘Bribe seekers know who to look for and my company’s reputation for integrity means I never get hassled into bribery’’.

Ramaphosa is a South African business mogul, philanthropist and owner of the Shanduka Group. Cyril is wildly respected as a skilful and formidable negotiator and strategist, and also best known for building up the biggest and most powerful trade union in South Africa, the National Union of Mine Workers (NUM).

Quote: ‘‘No action is too small when it comes to changing the world… I’m inspired every time I meet an entrepreneur who is succeeding against all odds’’.

Merali is a Kenyan inventor, and business magnate, best known as the founder of the Kenyan mobile service provider Kencell along with French media giant Vivendi. As one of Kenya’s leading industrialist, Merali has brought commercial development in Kenya for more than 30 years and is currently expanding his business throughout East Africa. In 2004, he made a $20 million dollar profit in a deal at a record 1 hour.

Quote: ‘‘We need to arrest the widening disparities in incomes between the rich and poor’’.

Sefrioui is a Moroccan businessman and visionary leader. According to reports, he is worth about $1.3 billion. He founded Groupe Addoha back in 1988, but he made a big break ten years later after he got a contract to build a chunk of government-subsidized housing under the patronage of Morocco’s late King Hassan II. His wealth continued to swell as he won a $1 billion state contract to build more housing units in 2005. Currently, Anas is the General President and 61.7% owner of the corporate enterprise also known as Douja Promotion Groupe Addoha. Anas Sefrioui is the third richest person in Morocco and the 16th in Africa.

Quote: ‘‘The potential of the African market is huge’’

Nicky Oppenheimer’s net worth is estimated at $6.5 billion dollars which makes him one of the richest people in South Africa. In addition to his work with De Beers, he also helms Greene and Partners Investments, a venture capital firm which focuses on building business in South Africa, and surrounding areas. In 2011, he sold his family’s 40% stake in De Beers to Anglo American, a company his grandfather started in 1917.

Quote: ‘‘I am a great believer that if you know how to operate in Africa, there are unbelievable opportunities’’.

Nathan Kirsh is a South African business mogul whose net worth of $3.1 billion. Kirsh owns a property empire that spans across the United Kingdom, Swaziland and Australia. Kirsh has started his corn milling business in1958. The business expanded and became a variety wholesale food distribution.

Quote: ‘‘Real estate is the only sector where ‘stupid people’ can make money’’.

Sacco is a business magnate and billionaire whose net worth is about $1.5 billion. He is one of the richest and most influential South Africans. He got into mining in 1928 when he established Gloucester Manganese Mines. He later inherited and further developed his father’s business. As of January 2012, Desmond’s Assore Group’s shares have almost doubled.

Quote: ‘‘Money is not my objective’’.

Sudhir is a businessman and entrepreneur in Uganda. He is the Chairman and majority shareholder in the companies owned by the Ruparelia Group. He has investments in banking, insurance, education, broadcasting etc. In 2012, he was reported to be the wealthiest individual in East Africa with an estimated net worth of $900 million.

Quote: ‘‘I own quite a lot and I have worked very hard for it’’.

Benjelloun was listed as the richest person in Morocco with a net worth of $3.1 billion. He took over his family’s insurance company and turned it into the leading RMA Watanya insurer. Then he expanded to the banking sector. The banking aspect of Benjelloun’s business career alone is worth $4 billion. His holding company, FinanceCom holds interests in telecommunications, airlines and information technology.

Quote: ‘‘I have done industry, banking, insurance and telecommunications, and but helping children and adults is the project of my life’’.

Jim Ovia founded Zenith Bank Group in 1990. The bank has grown into West Africa’s second largest financial services provider by market capitalization and asset base. His stake with Zenith is worth about $300 million. An equally large chunk of his wealth comes from a portfolio of prime real estate in Victoria Island and Ikoyi, some of Nigeria’s priciest neighborhoods. Ovia devotes majority of his time to managing Visafone, a telecom outfit he founded in 2007. He also owns Quantum, a private equity fund focused on Africa.

Quote: “I will continue to empower the youths. That is my passion. The youths are the leaders of tomorrow. We must continue to support them’’

Ashish is referred to as the youngest billionaire in Africa. He is founder of the pan-African multi-sector business conglomerate, Mara Group. A serial entrepreneur who started his first company at the age of 15, Ashish built a conglomerate of real estate, information technology and manufacturing with operations in over 26 companies and employing 7,000 people worldwide in less than two decades.

Quote: ‘‘Money should never be a measurement for anything’’.

Bakhresa is described as extremely reclusive business tycoon and richest man in Tanzania. He is the founder and chairman of the Bakhresa Group of Companies. The genius is a well known industrialist in the mainland of Tanzania and Island of Zanzibar. With a small beginning as a small restaurateur in the 70’s, he created the business empire with a span of three decades. He is the mastermind behind the success of all the business within the group.

Quote: …This man hardly reveals his mind… he keeps people guessing of what his next moves are. 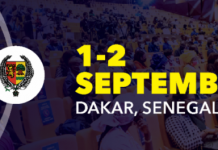 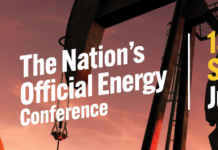 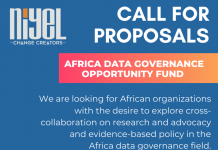